April Love prompt, “five years ago”: Sam was just a baby, five months old. He’d only been with us for two months. We thought we had so much time, but just two short years later we discovered Dexter’s cancer, learned it was terminal and there was nothing we could do about it. The year he had left together was a miracle compared to the two weeks – two months we’d been told we had, but it didn’t make losing him any easier. At least it gave him enough time to teach Sam to be so sweet. 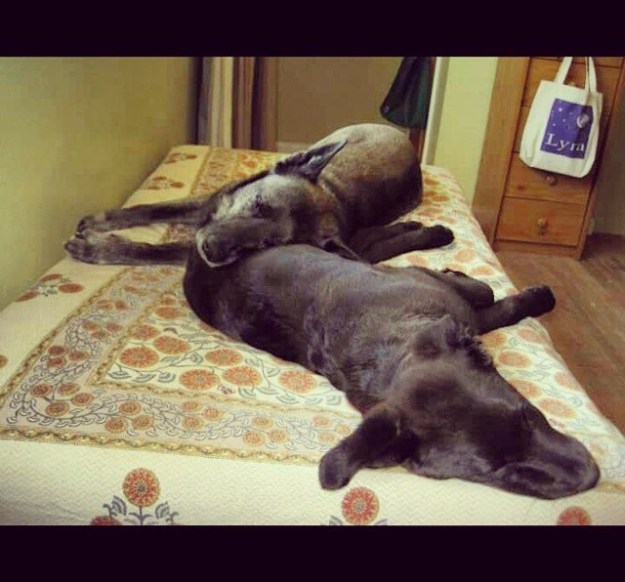 April Moon prompt, “whenever thunder grumbles overhead, I think of”: that first summer living in Fort Collins, in the basement on Locust street where the back door was our front door and I planted a tiny flower garden next to the concrete step that was our front porch. Every afternoon around 2 pm, the sky would turn dark, the air hot and heavy, and the thunder would start to roll. Soon after, the sky would open up and it would pour down rain, soaking the ground. The temperature would drop 5-10 degrees in half an hour. Then, almost as fast as it started, the rain would stop and the sky would clear, done for the day.

I also think of how afraid Obi was of storms, how he could sense them coming an hour before they’d start and he’d glue himself to me until it was over, shivering and shaking so bad that sometimes his teeth would chatter, how it made me hate the summer storms that had always been such a relief, how hard I wished them away now that they caused discomfort to one I loved so much.