I’m at yoga teacher training this weekend. Yesterday it snowed at least half the day. Every time I looked out the window, fat flakes were falling. As I was leaving last night, the trees were white with it, wrapped in holiday lights, the snow still coming down. It was magic. 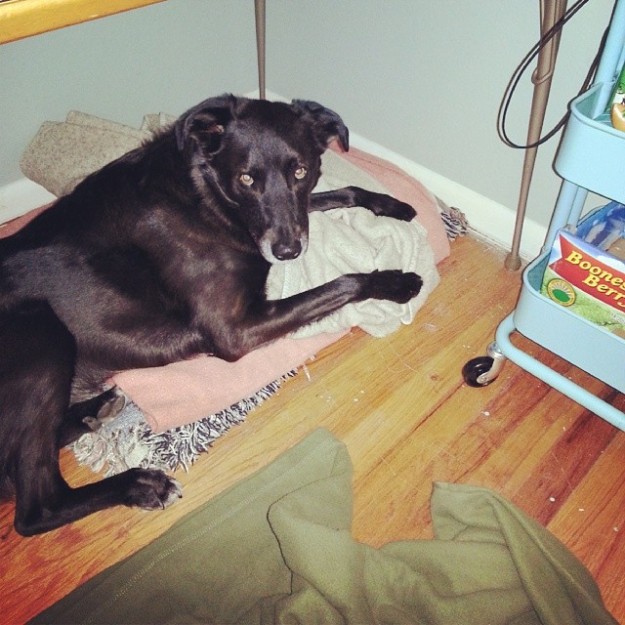 This morning, Sam revisited a game he invented as a puppy: bury the toy in the bed, thus destroying the bed. He stole the new orange ball I gave Ringo yesterday, the one Eric had been teaching Ringo to play fetch with, rewarding him with treats. He played it until he remembered he was four years old and not a puppy anymore, and then took a little nap.

It was good to see it. I’d forgotten the game, and this morning was feeling a bit distracted because of an episode of scratching, itchiness that woke us all up last night. It only took a few minutes for Sam to relax back down and fall asleep again, but it’s a reminder that he’s not entirely well. And yet, I think of something that Patti Digh always says, “you are not broken, you don’t need to be fixed.” Whatever is happening with Sam, wherever it might lead, he is whole.