I’ve had this card sitting on my writing desk for the past two years:

I bought it when I was up at Shambhala Mountain Center for Warrior Assembly. 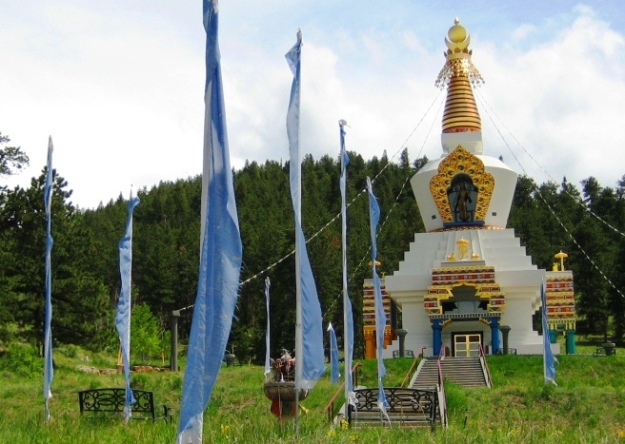 At that time, Obi was in the final weeks of his chemo, and while I was up at “the land” as it’s called, I let myself think that maybe he’d be one of the dogs whose lymphoma would stay in remission for a year or two, even though his was t-cell, the worst kind.

But what Eric hadn’t told me, because there wasn’t anything I could do about it anyway, was that the lymph nodes in Obi’s chest were swelling again.  At his chemo appointment the next week (which was supposed to be his second to last treatment), Dr. Lori told us the cancer was no longer in remission.  We made the heartbreaking decision to stop chemo and three months later, he was gone. 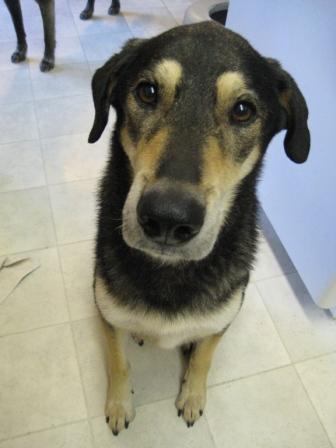 And there the card sat, daily asking me its question,”And you? When will you begin that long journey into yourself?”  I took a step, got out of a bad work situation, toxic and abusive, did it because it felt like to not do anything would be to deny the impact of the loss of these two beings, would belittle their importance.  For those of you who have lost someone, you know that feeling, that confusion–how is it that everyone just gets up and goes to work, is acting as if nothing has happened, as if everything didn’t just change? So I made that one change, and then got stuck again.

And every day since, every morning that I sit down to write, the question,”And you? When will you begin that long journey into yourself?”  For a long time the only answer I could give is that I was waiting for my invitation, waiting for the itinerary to arrive in the mail.

But, that isn’t how it works.  You have to say a prayer, pack a bag, and walk out the front door–start moving.  Along the way there will be signs to follow, places where you can stop and ask for directions, stuff you’ll want to see, you’ll want to get a closer look and that will keep you moving.  You’ll see the moon in the sky reflecting off the stars of ice on the ground, an owl in a tree, then the sunrise, the smell of breakfast cooking somewhere, a nice place to sit and rest, your reflection in the water, the call of a far off voice, a blue heron standing still at the edge of the river, the last of the season’s sunflowers swaying above a ground littered with the season’s first golden leaves–and if you have your camera and your notebook & pen, you’ll record the ideas, the feelings, the revelations and dreams, and make a map for the next person who’ll make the trip.

I finally realized that the only thing keeping me from what I wanted, keeping me from starting, was…me.  I was stuck because I wasn’t moving. I couldn’t wait for a perfectly formed idea or a great work project to find me.  I couldn’t wait for someone else’s permission. I had to start moving, walk due/true north, because there are things I’ll find along the way that will reveal what I’ve been waiting for.

Like a pilgrimage, the steps I take are part of the magic.  No one’s going to send me a picture of the holy place that will show me anything or help me to see, this will not work as a revelation.  I have to get on my knees and kiss the ground, crawl, walk for days and nights until I am tired and then sleep in that place and dream.  I have to do the fast, go on the walkabout, otherwise I will have no visions, nothing of substance will be revealed to me.

So my answer to the question is also Rumi:

Keep walking, though there’s no place to get to.
Don’t try to see through the distances.
That’s not for human beings.
Move within, but don’t move the way fear makes you move.

Today, like every other day, we wake up empty & frightened.
Don’t open the door to the study and begin reading.
Take down a musical instrument.

Let the beauty we love be what we do.

There are hundreds of ways to kneel and kiss the ground.