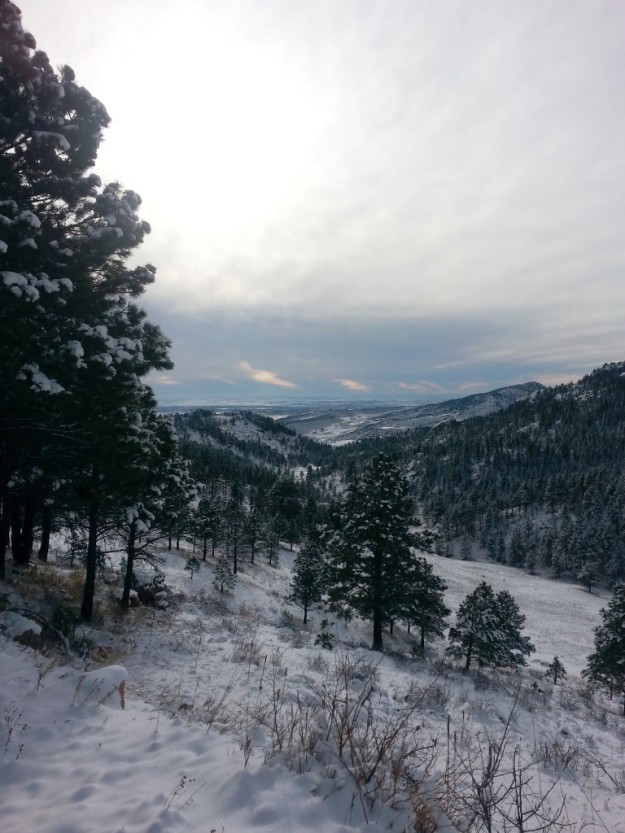 1. Humans of New York. This project is consistently one of my favorite things. The current series about refugees that Brandon is sharing is amazing, heartbreaking and beautiful. P.S. Any of the Humans of New York books would make great holiday gifts.

2. Call this number and a live person will sing you any Christmas song, 24/7. Really. This is SO cool.

3. Neil Gaiman Reads “A Christmas Carol.” OMG. I could listen to him read the phonebook… *swoon*

4. Romantic moment this morning at the farm! A cute video of two dogs in front of the fire — when you want to play, but you are too warm and sleepy.

6. A Thank You Gift, “a free downloadable PDF containing the process I utilise each year to review how that year has gone and to being the creation process for the next year” from Life is Limitless.

7. Mandy Patinkin visits Lesbos, Greece. “Actor and activist, Mandy Patinkin witnesses first-hand the situation in Greece, where many thousands of refugees have been arriving. Escaping life from war-torn countries, refugees hope to have a better life.” To help: https://engage.rescue.org/donate/mandypatinkin

8. Being A Girl: A Brief Personal History of Violence. *sigh*

10. New Embroidered Leaves by Hillary Fayle. I love so much that there are people who think to do this sort of thing, who do it and then share it with the rest of us.

12. Bun Bun, Destroyer of Leaves! My aunt had a bunny named Willy when I was a kid, and this little bun reminds me so much of him.

13. Wisdom from Arianna Huffington, speaking at the BlogHer conference in July 2014, “We need to change the delusion that we need to burn out in order to succeed. We have a much better understanding of the battery status of our iPhone than the state of our own wellbeing.” Oh, snap!

14. I was a respectable, high-functioning junkie. I wholeheartedly recommend everything Jennifer Matesa has ever written about addiction.

15. We’re coming for you 2016!, Susannah Conway’s “Unravelling The Year Ahead” workbook (FREE!), which has become a yearly ritual for me. She’s also offering a free 5-day course, Find Your Word for 2016. (P.S. I think my word is going to be “path” but I’m going to do this course just to be sure).

18. Mind-wandering: the rise of a new anti-mindfulness movement, an interesting perspective.

19. The Internet Criticizes Reese’s Peanut Butter Trees, But Then Reese’s Drops The Most Witty Response. So perfect.

20. Text Santa Downton Abbey, a hilarious spoof with the actual actors from the show, almost as good as Downton Arby’s.

21. 20 Reasons Life Gets Way Too Complicated from Marc and Angel Hack Life.

23. Centered and complete, and Light on your feet, wisdom from Seth Godin.

24. No One Gets to be a Messiah: On Quiet Acts of Kindness + The Human Reality (Sometimes Life Does Actually Suck), such an important read, from Meg Worden.

25. 15 holiday gift ideas. (Mostly “experiences.” Not much “stuff.”) from Alexandra Franzen, a nice reminder that we don’t always need to buy stuff to show someone they matter to us.

26. 8 Meaningful Gifts to Support a Simple Life from Be More With Less.

27. How to find your voice from Austin Kleon.

28. Truthbomb #949 from Danielle LaPorte, “The best self-help is self-compassion.”

30. Wisdom from Brave Girls Club, “It’s a great day to put down the heavy bag of rocks called expectation and worry…and to just let yourself be…to just do your best, and then let it be.”

32. Easing someone’s suffering…without suffering. Is it possible? from Danielle LaPorte.

34. She Who Hears the Cries of the World by Christina Feldman, a great article on compassion. “The path of compassion is cultivated one step and one moment at a time. Each of those steps lessens the mountain of sorrow in the world.”

1. People react to being called beautiful. “I conducted an independent project, which evidently turned into a social experiment halfway through, regarding beauty at my performing arts high school in Chicago. I want to clarify that my intentions were not to get a reaction out of people. I was simply filming beauty and this is the result. Here it is.”

3. The 5 best moments from ‘A Very Murray Christmas,’ which is now streaming on Netflix.

4. Adele has my dog feeling all types of emotions. This dog is my spirit animal.

6. Kid President’s Path to Awesome! “They were experienced foster parents, but these were two special needs children. Were they ready for that?”

8. What to leave out and what to leave in and In praise of the simple kitchen timer from Austin Kleon.

9. This was a good week on Chookooloonks. “The Rice University Gallery currently has this amazing exhibit, called Intersections. Created by Pakistani-American artist Anila Quayyum Agha, the exhibit is a single, bright light suspended from the ceiling through an intricately laser-cut box made from wood, and painted black.” Karen shares her pictures of the exhibit and a video of the artist talking about and walking through it.

10. 5 Questions to Ask Yourself When You’re Feeling Stuck from Tiny Buddha. The first one alone is worth the read.

11. Wisdom from Brave Girls Club, “When we have the chance to do something kind or good…we really should just do it. Sometimes we think we have to plan elaborate occasions to show kindness and compassion, when just about every day there are opportunities that come up that allow us sprinkle some goodness in little doses that often don’t take more than a moment, but that make a world of difference to both the person we are gifting with our kindness and to ourselves.”

12. 8tracks, “Listen for free to millions of playlists, all lovingly handcrafted by people like you who know and love music. Pick a top playlist below, or explore playlists by artist, genre, or activity above.” Gift idea: make someone a mixtape.

13. How to Think About Nutrition. “When people start trying to eat normally, they almost always have to go through a phase of craving and eating things they used to think were ‘bad’, or things that are not generally considered ‘healthy’. And it freaks. them. out.”

14. A Response to the Fat Shaming on the London Subway from Dances with Fat. And another good one, Fat-Shamers Hand Out Nasty Cards on Subway, So Plus-Size Company Has Awesome Response.

15. Tips on making care packages for the homeless.

16. Painstaking Arrangements of Colorful Objects and Food by Emily Blincoe. This kind of order is very soothing to me.

17. Wisdom from Charles Orlando, “Don’t settle. Either they will wake up to the fact that you deserve more… or you will.” Oh, snap.

18. I call all of my power back to me now. I am whole and complete. (Say it with me now.) from Danielle LaPorte.

19. 11 Reasons That You Are Actually Matt Bellassai.

20. This poem from Rumi seems so appropriate right now,

Sit. Be still. And listen.
For you are drunk.
And we are at the edge of the roof.

21. In exclusive first interview, Mingyur Rinpoche reveals what happened during his four years as a wandering yogi on Lion’s Roar.

22. Fifteen Things for When the World is Shitty and Terrifying, a great list, for any time really, no need to wait until things get bad.

23. IT HAPPENED TO ME: I Was Trolled and Fat-Shamed by One of My Male College Students. I love how she handled this.

26. It’s OK, He’s Friendly. Amen, because of this, “Unsolicited interactions are a type of assault,” and this, “It’s perfectly reasonable for a person to expect to be able to use a public space without being pestered by others.”

28. Print out these 100 questions, and as Alexandra Franzen suggests, “Cut the paper into little slips with one question per slip. Put the slips in a bowl. Keep them on your kitchen table. When you’re lounging around, solo, or with your family, pull out a question at random and answer it. You might learn something fascinating about yourself — or someone else.”

29. Getting BuzzFeed Clicks by Drinking and Whining.

31. In search of serendipity, which suggests, “The internet has become so good at meeting our desires that we spend less time discovering new ones. To update the Rolling Stones, you can always get what you want. But you may not get what you need.” I’m not sure I agree, not entirely.

32. 10 Ways Creativity Can Completely Change Your Life from Tiny Buddha. “Creativity is not just for artists or making art. Creativity is life making. It’s anything we do that turns us on, invigorates us, or offers a simple moment of pure merriment.”

33. What This Guy Creates Out Of Paper Really Needs To Be Seen To Be Believed. For real.

34. Burnout: How to deal with creative and mental exhaustion.

35. May You Be Present and Clear, great advice from Be More With Less. “If you want to break up with your busy mind, buzzing phone, and crazy to-do lists to engage in meaningful relationships, try incorporating one of the following ideas.”

36. The In-between State, “Pema Chodron points to the perfect training ground for the spiritual warrior — anxiety, heartbreak, and tenderness.”

37. Hope in the Midst of Hopelessness.

38. The simple way one American mom helped thousands of refugee children. “She’s not a politician or a community leader. She’s a mom who found an amazing way to help refugee families by sending over thousands of baby carriers.” Here’s another short video about her. This is a beautiful story of someone being touched by someone else’s suffering, and then moved to do something to ease it. We all have the opportunity to do the same, in our own way.

39. Pizza Delivery Man Overcome With Emotion After Receiving This Tip.

43. Awesome Books of 2015 (at least a few), a great list plus some bonus inspiration from Kira Elliot.

44. Hard Conversations Book Club 2016 from Patti Digh. “This monthly book club provides an avenue for reading and thinking in community about hard topics such as race, religion, sexual orientation, gender identity, classism, and all the ways in which we ‘other’ people. We will dive deep and have open, honest, and safe dialogue to seek greater understanding of issues with which we may have limited experience. We will emerge changed in significant, enriching ways.” Admission is by donation. I can’t do the club, but I’m making note of the reading list.

45. The Biggest Mistake Pet Owners Make at the End. Having to let two of my dogs go was the hardest decision(s) I ever had to make. This article would have been very helpful, still is.