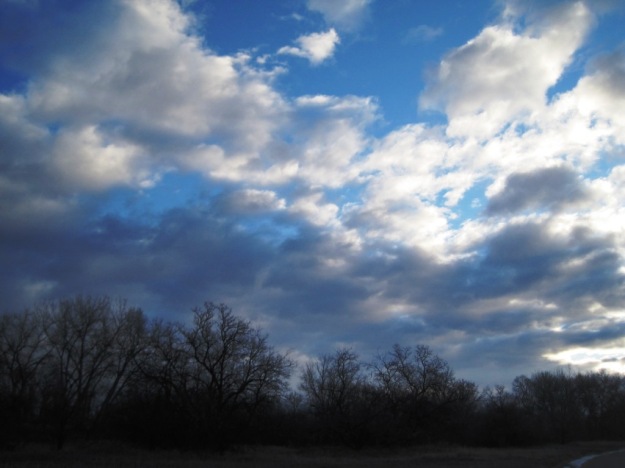 1. This social faux pas prompted a rush of similar confessions and they’re brilliant.

2. The Other Side Of Paradise: How I Left A Buddhist Retreat In Handcuffs. Meditation is not for everyone.

4. Is Orthorexia the Eating Disorder for the Digital Age?

5. Roxane Gay: “I’m not an opinion vending machine.” “Yomi Adegoke talks to Roxane Gay about the importance of boundaries, the complexities of ‘body positivity’ and what it’s like working with Channing Tatum.”

8. Rejected By Italy, Thousands Of Migrants From Africa Risk The Alps To Reach France.

9. Last Year, The Flu Put Him In A Coma. This Year He’s Getting The Shot. Yikes!

11. The bee population in Amsterdam is now growing! Here’s how the city is helping bees. (video) We could do this too.

13. The Exhausted Introvert’s Guide To Saying No.

15. Cyntoia Brown Is Granted Clemency in Case That Drew National Spotlight on The New York Times. “Cyntoia Brown, a sex trafficking victim who was serving a life sentence for killing a man when she was 16, during her clemency hearing in Nashville last year. She was granted clemency on Monday and will be released to supervised parole in August.”

16. What Happens When Professional Artists Recreate Kids’ Monster Doodles In Their Own Unique Style.

20. These houses in India are built entirely from plastic waste in order to provide low-cost housing for underprivileged communities. (video)

21. Thoughts of Dog, my new favorite Twitter account. I found them because of their latest tweet, which goes like this: “sometimes. the human presses their noggin against mine. to figure out what i’m thinking. so i just think really hard. about how much i love them. and hope they figure it out.” *sigh*

22. This wild fox just found a dog toy and look how happy it made him. (video)

24. This airline worker danced on the tarmac to cheer up a crying kid. (video)

26. Black Women Changing The Game Business fund. “Here’s the reality: our culture — and our banking and business institutions — excludes and marginalizes Black women entrepreneurs. And entrepreneurship is a critical path, and sometimes the only path, for Black women to develop thriving livelihoods.”

27. This week in People Behaving Badly: New Study Finds Emergency Personnel Less Likely to Treat Pain for Black Patients Than White Ones, and Americans may love their national parks, but they can’t be trusted to enjoy them unsupervised, and National Parks Getting Trashed During Government Shutdown, and Louis C.K. Mocks Parkland Kids, Nonbinary People in Leaked Stand-up Set, and 7-Year-Old Killed in Senseless Shooting Attack on Black Family, and California Monarch Butterfly Population Down 86 Percent in One Year, and A Day in the Life of A Homeless College Student At California’s Humboldt State (video), and Pediatricians Voice Concerns About Care Following Two ‘Needless’ Migrant Deaths, and A guest at a hotel in Portland says he was harassed by staff when he was asked to leave the property after taking a phone call in the hotel lobby (video), and Migrant Baby Contracted Pneumonia After Five Days in a ‘Freezing’ Holding Cell, and A Macy’s customer berated an employee for speaking Arabic to a co-worker (video), and Atlanta Ended Its ICE Contract. But a Nearby Facility Quietly Started Jailing Immigrants, and Kansas Man Arrested For Kicking 1-Year-Old Black Child In The Back, Hurling Racial Slurs At Family, and Shutdown Leaves Food, Medicine and Pay in Doubt in Indian Country.