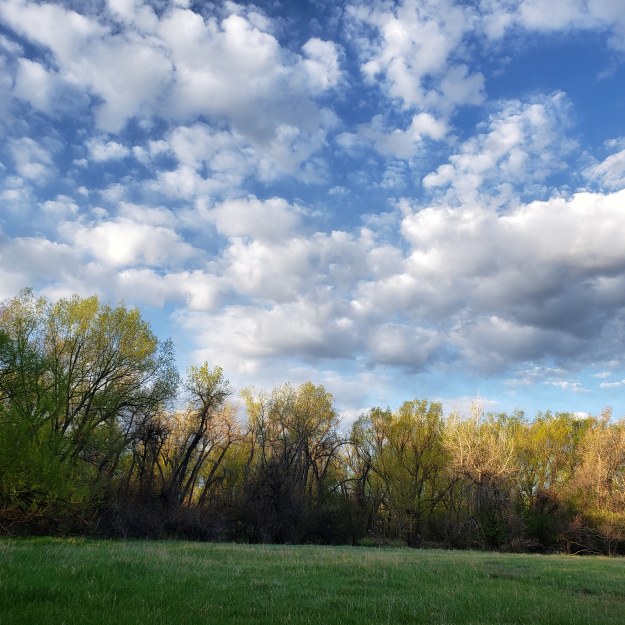 From our walk this morning

1. Say It Now: 33 Ways To Say I LOVE YOU To the Most Important People In Your Life, a new book by Sherry Richert Belul.

2. Tools & Talismans: A Conversation in Watercolors by Liz Kalloch, which will be available as a book this fall.

3. One Day With the Squad That Removes Needles and Feces From Downtown Portland Streets.

4. Good stuff from Austin Kleon: The trouble with being lazy and An alternate world.

5. Why Everyone Is Watching TV with Closed Captioning On These Days. I totally do this.

6. Just buy the f***ing latte. “Ellevest’s Sallie Krawcheck has no patience for a brewing trend in personal-finance mansplaining.”

7. Hi, Definitely Don’t Tag Authors In Your Negative Reviews Of Their Books from Chuck Wendig on Terrible Minds.

8. Garden Lover’s Club. This is a great resource, with growing guides for specific plants and a plant finder feature that groups plants together in a really helpful way, such as by color.

9. This Swiss Cinema Replaced All Of Their Seats With Double Beds.

10. 2,624-year-old Tree Discovered in North Carolina Swamp Is One of the Oldest on Earth.

11. The longest-serving inmate to win exoneration in the U.S. created art to cope with decades in prison, and he’s finally sharing it with the world. (video)

13. Sofie Hagen on her problem with #bodypositivity. (video)

14. What Is Writing and Does This Count as It? on The New Yorker.

15. National Bail Out. “We are reuniting families, creating a national community of leaders who have experienced incarceration, and working with groups across the country to transform harmful systems to keep our people safe and free.”

16. They Just Opened the First Black-owned Urgent Care Center on the Southside of Chicago.

17. 4 Ways White People Can Process Their Emotions Without Hijacking the Conversation on Racial Justice.

18. ‘We’re in constant crisis’: cyclone-hit reservation forced to recover on its own.

19. Empathy is Not Endorsement. “Digital creator Dylan Marron has racked up millions of views for projects like ‘Every Single Word’ and ‘Sitting in Bathrooms With Trans People’ — but he’s found that the flip side of success online is internet hate. Over time, he’s developed an unexpected coping mechanism: calling the people who leave him insensitive comments and asking a simple question: ‘Why did you write that?’ In a thoughtful [TED] talk about how we interact online, Marron explains how sometimes the most subversive thing you can do is actually speak with people you disagree with, not simply at them.”

20. Pardon Me While I Clap Back at the Wall Street Journal’s Bullshit. I wanted to share this for a particular reason beyond the focus of the article. The author says something that is SO important to hear and really, really, really take to heart: “the group who legally slaughtered the Native Americans, enslaved Africans, imprisoned Japanese Americans, lynched, disenfranchised, stole land, oppressed and tortured every non-white population since the inception of this country have never, ever been on the right side of justice.” Unless we acknowledge this truth and start to repair it, to heal and change, things won’t get better. We can no longer cling to the mythology of who we are. We must take responsibility for the truth of who we are and what we’ve done.

21. Wind Telephone. “A disconnected rotary phone for ‘calling’ lost loved ones offered a unique way of dealing with grief in disaster-stricken Japan.”

22. Love Tiny Things? This Popular Instagram Now Has a Book Devoted to All Things Mini.

24. Kiarah could sing the phonebook and it would resonate, but when she leads the PS22 Chorus in “Stay” by Rihanna, it detonates!!! (video) Seriously this Facebook page gives me LIFE. And her smile at the end is everything.

25. I Raised Two CEOs and a Doctor. These Are My Secrets to Parenting Successful Children. It’s official. I’m ruined. I can’t even get past reading the title of this article without saying, “Secret #1: be WHITE.” I decided to read the article, because I wanted to see if the author (who apparently has also written a parenting book) would spend any time at all recognizing her privilege as a white person, how without that all her secrets and tips wouldn’t really apply or work because she would have bigger, more pressing concerns and obstacles. Do you think she talked about that part? Go ahead, guess..I can wait.

26. By dressing how she wants on-air, journalist Jana Shortal is redefining what it means to look like a TV anchor. (video)

27. 5 People Who Can Help You Love Your Body on The New York Times. “Learning to love your body — whatever shape or size you may be — is easier said than done, but these people are out to teach all of us that there’s no time like the present to fall in love with who you see in the mirror.”

28. A boy left home after a drought left his family eating one meal a day. He died in US custody weeks later. In related news, 7-year-old girl reunites with immigrant father 326 days after being separated.

30. If this is not you on a treadmill then you’re doing it wrong. (video) It just makes me laugh. And it’s better with the sound on, so unmute the video when you watch it.

31. ‘This Is Not Who We Are,’ Colorado Officials Say After Deadly School Shooting. No, this IS who we are, and THAT is the problem.

32. This 19-year-old crane operator is being hailed a hero after saving 14 people from a burning building. (video)

33. These 5-year-olds turned a basketball group huddle into a group cuddle. (video)

34. This incarcerated woman gave birth alone in an isolated cell after she reportedly pleaded for help when she went into labor. (video)

36. Family of Sandra Bland Demands Answers After New Footage of Her Arrest Surfaces.

38. I’m Done Mowing My Lawn on The New York Times. “A manicured swath of grass may be the ultimate symbol of suburbia, but perhaps it shouldn’t be.” Me too, at least in the front. The back will stay mostly grass because of the dogs, who need a soft carpet under their feet and something nice to roll around in.