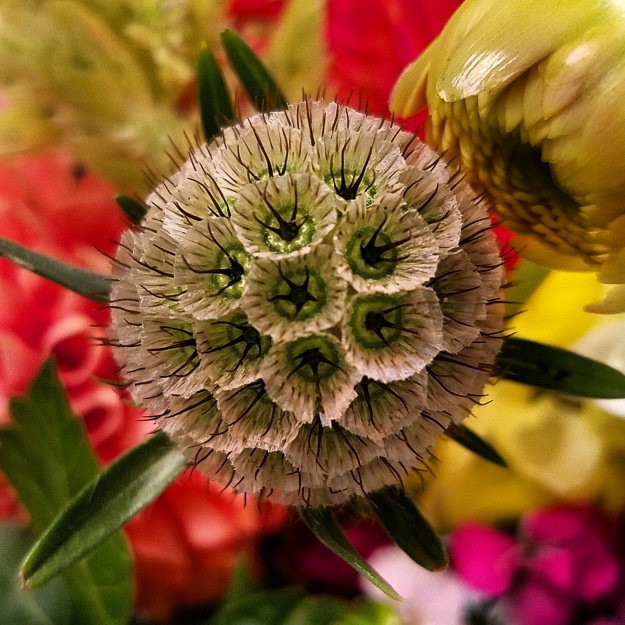 2. A Drive, a Dog, and a Question from Jena Schwartz. Also from Jena, Thoughts on Arriving.

3. What Trauma Feels Like—Then and Now from Carrie Lamanna. “Rather than add my political and social analysis to the pile of others, I decided to tell my story of how the trauma of sexual assault feels in the mind and in the body. How it can make some details bright and clear and obscure others—then and now. How the memory can return, unannounced and uninvited, and make you relive what you have tried so hard to forget. How it never goes away, but lives in your muscles and bones.”

5. 8 Signs Your Yoga Practice Is Culturally Appropriated – And Why It Matters. I’m pretty sure I already shared this, but it came up again this week, and it’s worth sharing again.

6. Kombucha With A Side Of Fat Shaming.

7. I vow not to burn out. This is one of my favorite articles from this past year, in which “Mushim Ikeda says it’s not enough to help others. You have to take care of yourself too.” And, this:

When I get desperate, which is pretty often, I ask myself how to not be overwhelmed by despair or cynicism. For my own sake, for my family, and for my sangha, I need to vow to not burn out. And I ask others to vow similarly so they’ll be around when I need them for support. In fact, I’ve formulated a “Great Vow for Mindful Activists”:

Aware of suffering and injustice, I, _________, am working to create a more just, peaceful, and sustainable world. I promise, for the benefit of all, to practice self-care, mindfulness, healing, and joy. I vow to not burn out.

8. How to Be a Bodhisattva.

9. White people are still raised to be racially illiterate. “If we don’t recognize the system, our inaction will uphold it. The question is not whether I have been shaped by and participate in the forces of racism, it’s how I’ve been shaped by them.”

10. Photos of Humans and Dogs Who Look Strangely Alike.

11. While I was doing them, I had no idea, a great quote from Neil Gaiman shared on A Design So Vast.

13. Stop body shaming Jameela Jamil, and the rest of us. (video)

15. 2 Native American Teens Were Reported to Police for Joining a Campus Tour. Now We’re Stepping In. from the ACLU. Have I mentioned lately I’m quitting my job at CSU?

16. Wisconsin Assembly Candidate Had Police Called on Her for Campaigning While Black. In related news, Police were called on this Black candidate while he was knocking on doors to campaign. (video)

18. Colin Kaepernick To Receive One Of Harvard University’s Highest Honors.

20. Footage shows a Walmart employee’s Islamophobic rant after a Muslim customer asked to use a changing room. (video)

22. Everything You Know About Obesity Is Wrong. “For decades, the medical community has ignored mountains of evidence to wage a cruel and futile war on fat people, poisoning public perception and ruining millions of lives. It’s time for a new paradigm.” P.S. Save yourself the heartache and DO NOT read the comments section.

23. The Botham Jean shooting exposes a major problem with discussions of police and black victims. In related news, Nine People Who Protested Botham Jean’s Death Have Been In Jail Longer Than The Officer Who Killed Him.

24. ‘It’s Just Draining’: 14-Year Employee of University Gets Cops Called on Him for Looking ‘Agitated.’

25. A Home DNA Test Told This Man He Was 4 Percent Black. Now, He’s Demanding To Be Recognized As A Minority Business Owner. He might have tested 4%, but he acts 100% privileged whyte male.

26. Supreme Court nominee faces sexual assault allegation. A collection of reporting from CNN. In related news, Ford is accusing Kavanaugh of a violent crime, not “sexual misconduct” and GOP woman on Kavanaugh allegations: ‘What boy hasn’t done this in high school?’ and Senate Democrats Investigate a New Allegation of Sexual Misconduct, from Brett Kavanaugh’s College Years.

27. This veteran struggling with PTSD shared a heartfelt voicemail that Beto O’Rourke left for her to show the country his true character. (video)

29. Disrupting Systemic Whiteness in the Mindfulness Movement. “A Q&A with Dr. Angela Rose Black on the omission of the voices and wisdom of people of color in mindfulness research, teaching, and practice.”

30. Here’s Proof That Don Jr. Is Just As Vile As His Dad, as if any of us needed proof.

33. Cat sees his owner who died years ago and can’t hold it in when he sees the video. (video)