I confess, when I realized this morning that it was Saturday, and that meant I needed to write one of these posts, I thought “oh crap.” Last week, I was sure I knew what I was going to tell you about today, but this morning it no longer seemed like the right thing, even though I was going to make myself write about it anyway if nothing else came up. Then when I was shuffling my tarot cards this morning, it came to me: divination.

Divination, from the Latin divanare, which is “to foresee, to be inspired by a god,” related to divinus, divine, is “the attempt to gain insight into a question or situation by way of a standardized process or ritual, a systematic method with which to organize what appear to be disjointed, random facets of existence such that they provide insight into a problem at hand.” It’s a way of making sense, uncovering wisdom, accessing insight, developing intuition, seeing meaning, finding patterns, knowing. It is an invitation to the Universe, the Divine, Light, Love, God, whatever you call it, a way of saying “help me out, give me a sign, show me the way.” It is part prayer, part practice, magic and medicine.

I love all kinds of divination practice — picking a random line from a sacred text, tarot readings, throwing I-Ching coins, Hiro Boga’s Deva Cards, Q-Cards, or any such oracle through which the Universe might send me a message. Opening a book to a random page and reading a line of poetry with the expectation that there’s a message for me, taking a walk and asking for a truth to be revealed — it’s a choice to trust in something bigger, to believe I am connected, can communicate with a deep and eternal wisdom.

I know there are those who consider it a dark art, of the devil, and it probably can be if that’s your intention, but I believe it’s a way of communicating directly with God (whatever name you use for this wise and compassionate energy). It’s like prayer, opening my heart and listening deeply for answers to my questions, a way of requesting guidance.

As I’ve said before when I’ve talked about this, go ahead and think I’m weird, but I believe it’s just one more way to get clear about where I am and what I should be focusing on. I think this is one of the ways the Universe sends me messages, because I open my heart and ask, and even if it’s just a message from my unconscious or random chance that doesn’t really mean anything, I find it a useful tool for gaining some insight on my current situation, whatever that happens to be.

Divination is something I practice every day, in one form or another. Some of my favorite practices, resources and tools are:

Every creation on Earth that serves an evolutionary purpose has a spiritual counterpart in the subtle energy realms. This counterpart is a being who holds the pattern or blueprint for the perfect unfolding of the life in its care. I call these pattern-holders Devas…a Sanskrit word that means Shining Ones…As you get to know them and deepen your relationship with them, you can choose to partner with them consciously, to create your life, your business, and the world in which you want to live…Because you are an incarnate soul, all of these soul qualities are already within you, as seeds or potentials. Some of these qualities may be well-developed and readily accessible to you. Others may need to be strengthened and cultivated, for you to experience and express them more fully.

I’ve pulled cards for myself, but never had someone else read for me. Rachael’s radiant, gentle presence in the world made me trust her to do so. Our reading began with her warm welcome, calm and comforting, opening a space that hummed with possibility and intention. She showed up, was wholly present for the process, allowing whatever might arise, a kind guardian of what came, never getting in its way. As she interpreted the wisdom of the cards, Rachael made the most compassionate offering, shining a light on obstacles and opportunities alike, leaving me with a sense of clarity and peacefulness that has stayed with me. I felt encouraged and empowered by the new insights, and am grateful for the ease and joy Rachael brought to the experience.

The thing I most want to tell you about divination is don’t do it if it doesn’t feel right to you, if you don’t find it helpful or have trouble trusting it, (actually, I’d tell you that about just about anything). However, if you do feel the pull, keep looking until you find the right form for you, the best fit. These are my favorites, but there are so many others, and something else might work better for you. 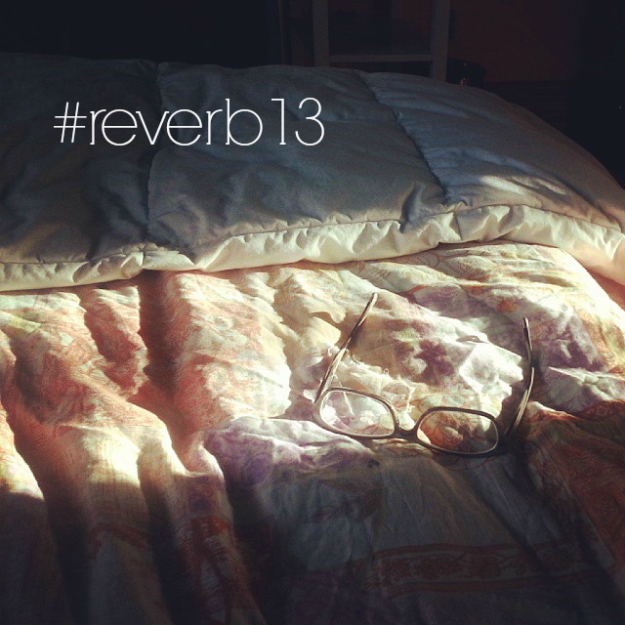 Project Reverb prompt: “Cry it out | What moment in 2013 brought tears to your eyes? Are you usually a crier? Or did tearing up take you by surprise?”

Duh. One of my dogs died this year, so yeah, I cried. But I’ve already told you about that, a few different times. The other time that comes to mind is when I was in California. It was my first trip there this fall, the first day I was there. I had made plans to meet Sherry for a ride on the ferry and dinner in San Fransisco. I thought I’d make it to my hotel with at least an hour to unpack and get settled in before I had to leave and meet her, but the way it actually worked out, I was late. My plane landed late, it took a long time to get my rental car, traffic was terrible, so all I had time for was to check in to my hotel, throw my bag in my room and get right back in my car and go find Sherry. It turned out alright, we didn’t miss the ferry and had a wonderful dinner.

I was pretty wrecked by the time I headed back by myself on the last ferry of the night. Sherry dropped me off at the station and I got on. It was a smaller one than we’d rode over on, but I thought that made sense because it was the last one of the night. I was tired, my nervous system fried from a day of travel and the rush to meet Sherry, and I was worried about getting my rental car out of the parking garage. Even though I knew it was totally irrational, I wasn’t sure where to validate my parking stub (parking was free if you did) and was worried if I didn’t, I wouldn’t be able to get out of the garage, or if I did, it would be for a ridiculously huge fee. I imagined myself stuck sleeping in my rental car in a parking garage in Oakland less than five miles away from my hotel.

As we waited to leave, another ferry pulled up. It was the same ferry we’d come over on earlier. This was my first time ever on the ferry, so I panicked and thought I’d gotten on the wrong one. Worse than having to sleep in a parking garage was the idea I might be on the Alameda ferry, so be stuck halfway between San Fransisco and my hotel with no car to sleep in.

I went over to try and talk to the two men running the ferry, but they were standing on the dock and not paying attention, so I had to unhook the chain they’d put up to block the entryway. As I did, they turned and saw me, and as I was saying “I think I’m on the wrong ferry,” they rushed towards me saying “whoa, whoa, whoa!” as if I was attempting to jump overboard or something. In that moment, I realized they thought I was drunk. It stung, in particular because I stopped drinking altogether almost two years ago.

As they ushered me back in, the other passengers started laughing. I was scared and alone, the employees were treating me poorly, and everyone else was laughing at me. It made me feel so incredibly sad, so alone. Instead of kindness, there was judgement, misunderstanding. I wasn’t safe and no one here was going to help me. All I wanted to do was go home, away from these hateful people. I sat down, pulled out my phone to pretend to be checking my email or something, and cried.

Yes, I’m a crier. I’m highly sensitive, empathic. I cry if something is beautiful, I cry if something is brutal. I used to view this as a problem, a liability, a flaw, to be so porous, so easily touched, so raw. Then I started to practice, and in all my practices the effort was towards being open, feeling deeply, developing compassion, being exactly what I was naturally.

As far as I can recall, none of the adults in my life ever once remembered to say, “Some people have a thick skin and you don’t. Your heart is really open and that is going to cause pain, but that is an appropriate response to this world. The cost is high, but the blessing of being compassionate is beyond your wildest dreams. However, you’re not going to feel that a lot in seventh grade. Just hang on.” ~Anne Lamott

I’ve come to realize that all those years when I tried to change, numb and avoid how I felt, armor up, that I was wrong because there were people trying, working hard at attempting to be as open as I’d always been. It was a gift, not a sign of weakness or brokenness. And as I practice more, I return to this state, and I cry easily. It doesn’t surprise me. It totally makes sense, this tenderness. It does, however, mean I get easily overwhelmed, that I suffer, and that part kind of sucks.

I don’t know if you have noticed this about your meditation practice, but one thing that many people report is a kind of softening—to your own experience, perhaps, but also to the world around you. There is a sense of permeability, of walking down the street and receiving input in a more direct way than before…To be a warrior in this world, this kind of opening is necessary. However, one thing I have noticed in my own practice is that the more I cultivate this combination of strength and softness (aka compassion), the more I, well, sob. When you open up, everything can come in—not just what you desire and respect and long for, but also what you dread, reject, and find absolutely unworkable. The more you practice, the more joy you feel—and the more sadness. ~Susan Piver