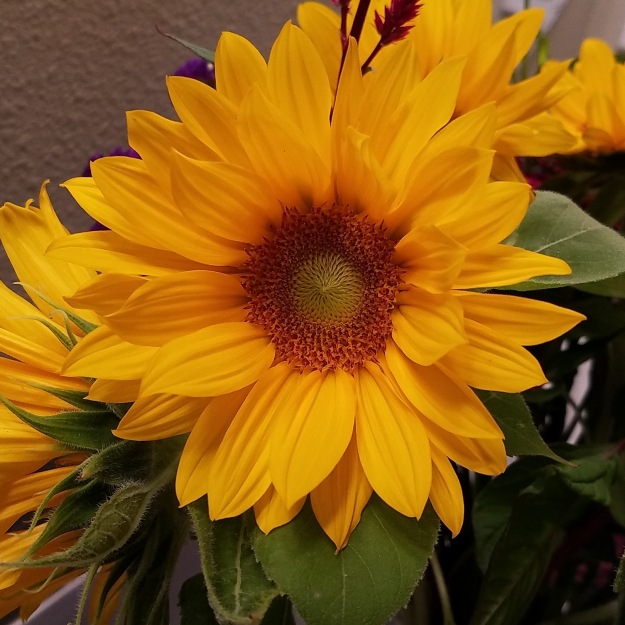 2. The women fighting elephant poaching. (video) “‘Hunt my animals and I’ll catch you.’ Zimbabwe’s armed female anti-poaching unit protect one of the biggest elephant populations in Africa. This is their story.”

5. Karen Walrond’s weekly This Was a Good Week list on Chookooloonks. (The first four items on my list this week are from her list this week). Also from Karen, the latest episode of her podcast, make light, season 3, episode 8: make light when you hate your job.

6. August Break with Susannah Conway starts August 1. “I’ve put together a list of prompts to turn your August into a photo treasure hunt and there’s a Facebook group, an Instagram hashtag and a blog roll too if you’d like to share your photos with the group.”

7. The Three Most Powerful Motivations from Zen Habits.

8. 25 Strange and Contradictory Things About Being an Introvert.

11. Wealthy Americans Are More Likely to Be Influenced by Nutrition Pseudoscience.

12. A 6-Year-Old Girl Was Sexually Abused in an Immigrant-Detention Center. “Separated from her mother by Trump’s zero-tolerance policy, the child was forced to sign a statement confirming that she understood it was her responsibility to stay away from her abuser.”

13. Ving Rhames Held At Police Gunpoint In Own Home After Neighbor Reported Him As Burglar.

14. Chesterfield family has message for parents after 4-month-old dies of meningitis. “If anything comes out of this we want people to be aware that vaccinations can prevent things like this. Vaccines aren’t just for kids they’re for adults too. He was just a baby, so he really didn’t have much of a chance.”

15. 14,000-Year-Old Piece Of Bread Rewrites The History Of Baking And Farming.

16. Civil rights icon Rep. John Lewis hospitalized. He’s one of our best. May he be well.

19. Instagram Removes Post Checking In On Black Women In Wake Of Nia Wilson’s Slaying After It’s Flagged As Hate Speech.

20. Will Somebody, Anybody Sing A Black Girl’s Song.

23. This man purposely followed Charles Lovett home just to go off on a racial tirade–all because he got cut off. (video)

25. Pilots stop 222 asylum seekers being deported from Germany by refusing to fly.

26. How White People Handle Diversity Training in the Workplace. “Confronted with their own shortcomings, white employees often shut down the dialogue—or frame themselves as victims.”

27. Shout out to the people that stood against this officer’s use of excessive force. (video)

30. Roseanne Barr Tells Fox’s Hannity That Racist Tweet Was A Big Misunderstanding. First she says “I thought the bitch was white.” Now she claims because she thought she was Middle Eastern, it wasn’t racism?! Someone needs to explain to her what racism is.

31. 25Park (Alison Brettschneider) And Why White Women Are So Hard To Trust. Until Alison Brettschneider made her Instagram account private, I was watching this unfold. I wish she wouldn’t have made her account private, or deleted people’s comments and blocked others, because watching her act out and interact with those who called her out was the best example of peak white feminism I’ve ever seen. In related news, #SayHerName: Celebrities Draw Attention to the Death of Nia Wilson in the Week Following her Fatal Stabbing.

33. Ellen Maud Bennett’s Obituary, in which she says, “A final message Ellen wanted to share was about the fat shaming she endured from the medical profession. Over the past few years of feeling unwell she sought out medical intervention and no one offered any support or suggestions beyond weight loss. Ellen’s dying wish was that women of size make her death matter by advocating strongly for their health and not accepting that fat is the only relevant health issue.” She died of cancer. They kept telling her only “problem” was that she was fat.

35. Racist Woman Tells Asian Man ‘Have a Nice Trip Back to China’ at SFO.

36. This Guy And His Dog Changed Each Other’s Entire Worlds. (video) “This guy was recovering from addiction and didn’t have a job when he rescued a scared, shut down pit bull named Clove. Today on Soulmates, watch how Clove’s dad figured out that extreme hiking made her very happy — and it ended up being their ticket to falling in love with the world again.”

37. White Supremacy Is the Water by Jena Schwartz.

38. Police pinned down this 9-year-old boy and told him to ‘stop resisting’ after he became inconsolable while his father was arrested. (video)

39. This brave woman refused to sit down on a flight because there was a man being deported on board. (video) “She continued to stand despite pressure and harrasment from people on the plane, rallying other passengers to stand with her and stop the man from being deported.”

40. Man Arrested in Horrific Stabbing Death of Nia Wilson; Bay Area Protesters Demand Justice. Tell me again how building a wall is going to keep us safe. I dare you.

41. This man with Down syndrome is using his million-dollar company to show the world what people with learning disabilities can do. (video)

42. Nope, I’m Not Trying to Lose Weight by Jes Baker. “For the first time in my life, I’m not obsessing about my body size at all because my quest for healing and full-body wellness simply cannot be determined by a number on the scale.” Amen.

43. Me Little Me – A Film About Recovery. “We are currently raising funds for a feature film that we hope will dispel the myths about who suffers from eating disorders and why.”

45. A Sociologist Examines the “White Fragility” That Prevents White Americans from Confronting Racism from The New Yorker.

47. 51 Ways to Make the World Less Hostile to Fat People.

49. The cutest video I’ve ever seen. “When Osiris was a baby he used to love this little music box and even now 8 months later he still likes for me to play music like this when we go to sleep at night.”

50. This is what it’s like to be a black business owner in a gentrifying SF neighborhood: Racist graffiti and calls to the police for unlocking your own store. (video)

51. ‘Eighth Grade’ Review: Tender Take on Teen Angst Is Flat-Out Triumph. “Bo Burnham’s story about a 14-year-old misfit is one of the funniest, saddest and most heartfelt teen movies ever.”

52. Archie the thief, steals stuff to annoy his owner. (video)

53. Boulder prides itself on being welcoming to all. But its citizens of color tell a different story.

54. Too Fat for Fitness? Lessons From a Plus-Size Athlete.

55. This Psychologist Is Changing The Face Of Therapy For Black Women.

57. How the Suffrage Movement Betrayed Black Women on The New York Times.