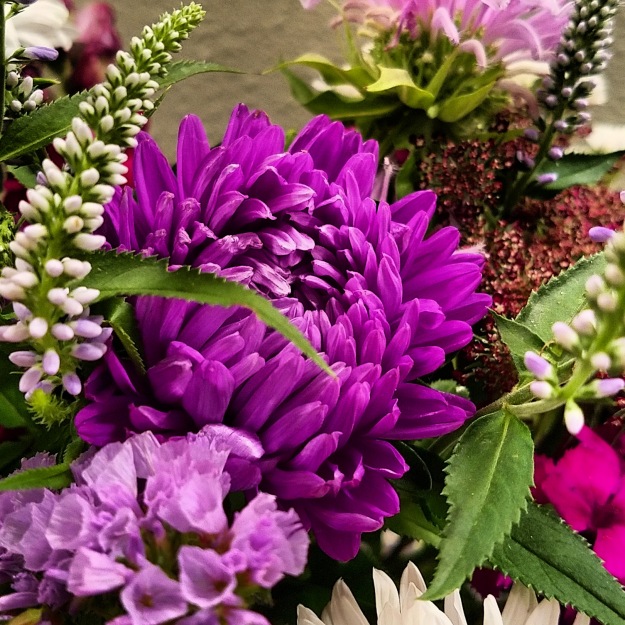 1. 13 Problems Only Highly Sensitive Introverts Will Understand. Hi, my name is Jill, and I’m a introverted hsp. In related news, I’m also an INFJ: Why INFJs Are Prone to Emotional Exhaustion (and How to Do More Self-Care).

2. Stepping Down As “Shastri,” Staying For The Shambhala Community from Ethan Nichtern.

3. You may find a new friend behind any corner (video). In related news, This fence is no barrier to friendship. (video)

4. People continue to do bad things: A College Student Texted The N-Word To Her Future Roommate And Then Blamed Spell-Check, and A lesbian couple recorded the vulgar, homophobic tirade against them (video), and White Detroit Business Owner Spits on Black Man Working Security at Event Over Parking Dispute, and These boys’ lives have never been the same since cops pointed a gun at their faces, in response to a false 911 call (video), and This pastor who says God gave us Trump is selling buckets of coffee to prepare for the apocalypse (video), and This man threatened a person of color with a ‘citizen’s arrest’ and called the police before blocking him from leaving a supermarket (video), and Video shows deadly shooting over parking spot at Clearwater convenience store, and Woman Says Man Masturbated Next To Her On United Flight And The Staff Just Made Jokes, and Roseanne Barr: I Was Labeled A Racist Because I Voted For Donald Trump, and Woman Who Called Police on 2 Black Yale Students Says She’s ‘Done Absolutely Nothing Wrong’ in Whitest Tweets Ever, and A transit employee compared a group of women to porn stars after they went into the train’s bathroom together (video), and A disturbing new video shows an Idaho man launching a horrific, racist attack on Black members of a Christian youth group after punching the pastor (video), and this happened in #DeerPark on my way to drop my son off (video), and a woman reportedly harassing a black couple for blocks as they walked down the street in Berkeley, CA. She was yelling “get out of Berkeley” but tried to play the victim when police arrived. To her utter shock, she was arrested instead (video), and This Christian Blogger Wrote A Post Called ‘Men Prefer Debt-Free Virgins Without Tattoos’ And The Dunks Are Solid Gold, and Students at Texas Tech University are demanding action after a fraternity’s racist group chat surfaced. Hunting immigrants at the border is just one of the suggestions. (video), and Greg Hill was shot dead after police were called because he was listening to Drake too loud (video), and This cashier called the police on a woman for using too many coupons (video), and He killed someone in a parking space dispute. But police say he just stood his ground.

5. ‘Sorry To Bother You’ may be an absurdist dark comedy, but it gets very real about everyday racism. (video)

6. If You’re Tired Of The Patriarchy, You’re Gonna Love These 15 Tumblr Posts.

8. 2 CVS Employees Fired After Calling the Cops on Black Woman Who Was Just Trying to Use a Coupon.

11. Breaking Big on PBS with Roxane Gay. (video) “See how Gay, child of Haitian immigrants, transcended expectations to become a leading voice in the feminist movement with her essay collection Bad Feminist. How did she convert a painful childhood into a career that helped women around the world?”

12. Here’s what you can do right now to help the children at the border. (video)

13. Yoga and the Maintenance of White Womanhood.

14. The #WalkAway meme is what happens when everything is viral and nothing matters.

14. August Break 2018 with Susannah Conway. “This is a community project that has no real rules — the idea is to simply take a photograph every day for the whole of August. That’s it. Pause, look around you and shoot what you see. Live inside each moment. Pay attention to what’s there…We have a list of daily photo prompts so if you get stuck for something to photograph just refer to the list and get snapping!”

15. Adult Luna Moths are rarely seen because they only have a one week lifespan. (video)

16. Adventures of the cutest hedgehog ever. (video)

18. Taking your dog for a walk in Switzerland (video). This might be the most beautiful thing I’ve ever seen.