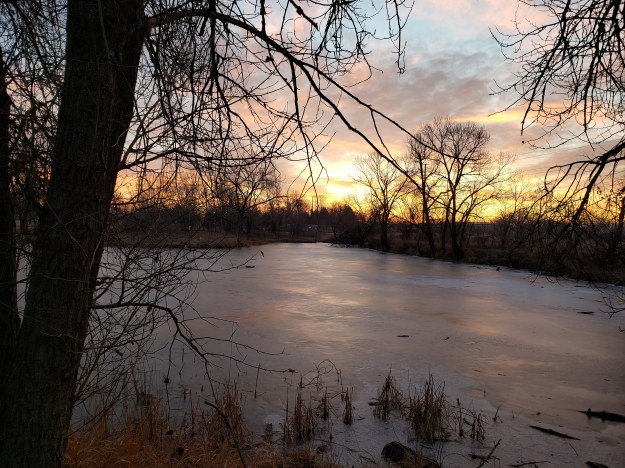 If you find yourself half naked
and barefoot in the frosty grass, hearing,
again, the earth’s great, sonorous moan that says
you are the air of the now and gone, that says
all you love will turn to dust,
and will meet you there, do not
raise your fist. Do not raise
your small voice against it. And do not
take cover. Instead, curl your toes
into the grass, watch the cloud
ascending from your lips. Walk
through the garden’s dormant splendor.
Say only, thank you.
Thank you.

2. 12 Things to Remember When You are Feeling Overwhelmed from Be More With Less.

6. Here are 24 cognitive biases that are warping your perception of reality.

7. Inside The Rabid Fandom Community That Keeps ‘90 Day Fiancé’ On Air.

10. Alexandria Ocasio-Cortez Wants the Country to Think Big. “The Democratic socialist star came to D.C. to ‘swing for the fences’ and fix America.”

11. “A year ago, I couldn’t even swim…”: Meet the 24-year-old who stunned coaches and is now training for the Olympics. (video)

12. Rampant Abuses in Immigration Detention Prove ICE Is Rotten to the Core.

15. Ep. 14 of The Road Home Podcast: The Four Noble Truths of Love with Susan Piver.

16. Sometimes the morning OM’s are just too good. (video)

18. Emma would love a letter from your dog. “Emma Mertens, a 7-year-old girl from Hartland who was diagnosed with inoperable brain cancer, has requested ‘letters from dogs.'”

19. I Photographed Foxes In My Studio And Fell In Love With Their Characters.

20. Michael Cohen’s parting shot: I fear what happens if Trump loses in 2020.

22. The True Story Behind Legendary Jazz Pianist Don Shirley And Green Book. “Don Shirley was a piano prodigy and his passion was for classical music. But because of his race, 1950s America wanted him to stick to pop music.”

25. 30 Adorable ‘Employees Of The Week’ That This Contractor Met At The Houses He Works At.

26. This 13-year-old is the only women’s figure skater to land two triple axels in competition. (video)

28. House Votes to Block Trump’s National Emergency Declaration About the Border on The New York Times.

29. Dad Mics Up His 4-Year-Old At Hockey Practice To “Finally Understand What The Heck He Was Doing Out There.”