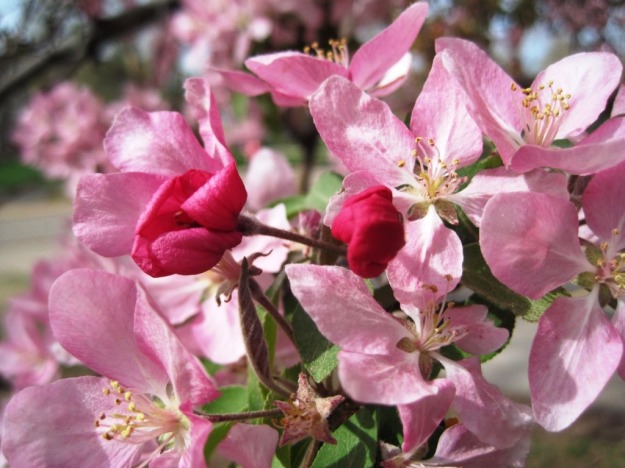 2. Good stuff from Jena Schwartz: Mindfulness, Mad Milk, and Running Low on Dream, and No Mud, No Lotus.

4. Pepsi did a bad thing. Dear Pepsi, That Ad was a Gold in the Fail Olympics, and How to make Millennials hate you, The Pepsi Way, and Stephen Colbert Praises Kendall Jenner’s Pepsi Ad For 1 Single Reason, and Pepsi Co-opts Resistance Movement, Centers White Woman and Police to Sell Soda, and Actor in Kendall Jenner’s Pepsi Ad Reveals Most Extras Were Not from U.S and Didn’t Understand the Racial Issues. And, it wasn’t just Pepsi, 7 Shockingly Tone-Deaf Ads That Should Have Never Happened.

5. You Can Write At Any Age from Chuck Wendig.

For us to tolerate the rigors of the images, emotions, memories, and dreams that arise in times of grief, we need to fortify our inner ground. This is done through developing a practice that we sustain over time. Any form will do – writing, drawing, meditation, prayer, dance, or something else – as long as we continue to show up and maintain our effort. A practice offers ballast, something to help us hold steady in difficult times. This deepens our capacity to hold the vulnerable emotions surrounding loss without being overwhelmed by them.

7. Wisdom from Stephanie Saldana, (by way of A Design So Vast), “It will always be confusing to think that that which is terrible and that which is beautiful have the same materials to work with: the brick and mortar and earth and stars of our immediate world. There is that which can kill us, and that which will save us, and we live among them, struggling to discern our way through. And it is terrifying, my love. It has never stopped being terrifying.”

10. If white America is in ‘crisis,’ what have black Americans been living through?

11. Don’t tell cancer patients what they could be doing to cure themselves. Everything about this. In related news, The Gift of Presence, The Perils of Advice.

13. Why Growing Food is The Single Most Impactful Thing You Can Do in a Corrupt Political System. In related news, Fleet Farming? How One Group Wants to Turn Your Front Yard into a Full-Fledge Farm, and This area in Detroit is now America’s first 100% organic, self-sustainable neighborhood.

15. Things You Don’t Say to Anyone When You Live Alone and Things I Was Convinced Would Change My Whole Life–But Didn’t from Amy McCracken.

16. 47 Books You Should Add To Your Shelf, According To Poet Rupi Kaur.

17. Gloria Steinem And Chelsea Handler Said The One Thing Most White Feminists Are Reluctant To Hear.

Steinem replied, “What we forget is that disproportionately, women of color invented feminism.” She accented that sentiment with stats from her Ms. Magazine 1972 national poll, where over 60% of women of color supported feminism and women’s equality issues, while only thirty-something percent of white women supported it. “That’s why people were wrongly surprised by the vote in this election,” she added. “It’s condescending to say to make the movement inclusive; women of color are the movement and have always been the movement.”

18. Introvert’s Conundrum, a really great cartoon. If you have some time, check out the whole site — really good.

20. Reusable Eco-Friendly Bags. Yes, please. And while we are at it, how about some of this: This Eco Food Wrap Is Perfect For People Who Love The Environment.

21. Being an Ally in Government. “Imagine calling out your white male co-workers for not listening to women of color. Now imagine you work at the state Capitol.”

26. Decide for yourself what’s beautiful.

27. ‘I Think It’s Hard To Be A Person’: Aimee Mann On Compassionate Songwriting.

29. White supremacist asks Muslim lawyer why there is no ‘Christian ISIS,’ gets schooled.

30. College Student Creates A Mobile Directory Of 600 Books That Prioritize Diversity. Can’t wait until this is available for Android phones.

31. How to Listen When You Disagree: A Lesson from the Republican National Convention.

32. Elizabeth Alexander on How Great Artists Orient Themselves to Light of the World.

33. Who cut down the last tree? from Seth Godin. The article he links to, Easter’s End, is worth a read too — “In just a few centuries, the people of Easter Island wiped out their forest, drove their plants and animals to extinction, and saw their complex society spiral into chaos and cannibalism. Are we about to follow their lead?”

34. Recipe I want to try: Creamy Scalloped Potatoes With Kale.

35. This guy gets paid to wait in line for strangers. Admittedly, I’m bothered by the privilege that enables some people to have the sort of disposable income necessary to pay for this service, but I love that this guy saw the need and made something out of it for himself and his friends — this sort of privilege sucks, but he’s brilliant.