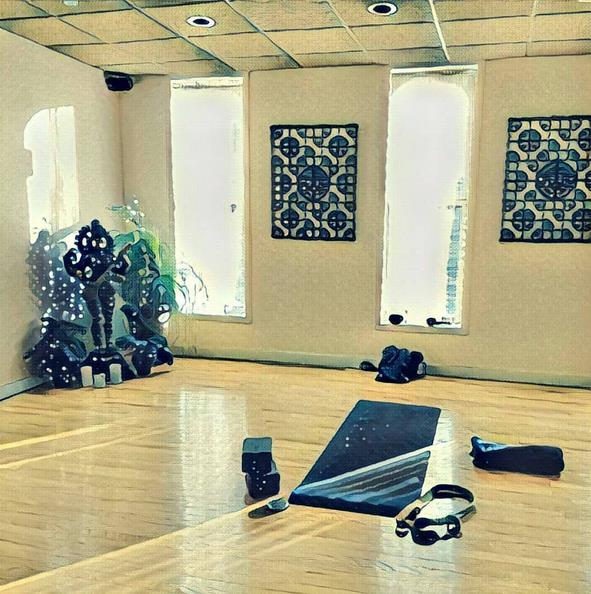 I subbed a yoga class this morning. I talked about how the full expression of a pose in yoga isn’t about getting into an exact particular shape, but rather finding a balance between effort and ease, practicing in a way that’s not too loose and not too tight. As is often true with any kind of teaching, you teach what you most need to learn, and finding this balance between effort and ease in my life off the mat is something I’ve been trying to figure out.

It will come as no surprise to you, kind and gentle reader, that I struggle with figuring out how much to serve and how much to take care of myself. This equation has turned into some terrible sort of space alien algebra since the election, with every day since being a dizzying barrage of awfulness. I can’t look away and yet it’s just too much. It’s burning my eyes, breaking my heart, and no matter what I do, it never feels like I’m doing enough. But the reality is, it couldn’t ever possibly be enough to balance the horrors of history mixed with the particular nastiness of now. There’s no way I can fix what is wrong, but I also can’t give up — so where does that leave me? 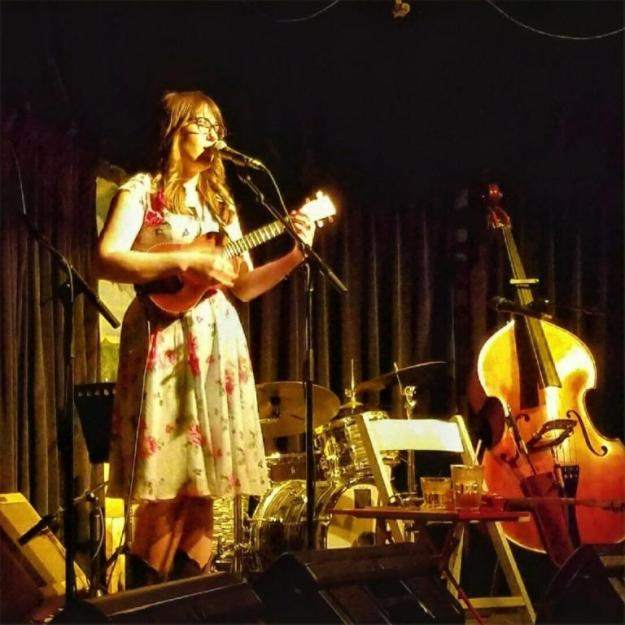 Danielle Ate the Sandwich at her recent album release party

Last night I went to Danielle Ate the Sandwich‘s album release party. We were right in front, really great seats, and it was such a good show. She was amazing, as usual — an amazing musician, singer and songwriter, as well as a super funny and vulnerable human in all the best ways. She started on stage alone, singing her song “Peace to You Brother,” and I barely could keep from crying.

Listening to her sing, interact with her band and the audience, reminded me that there are still good things, people doing good work. It reminded me of what I keep hearing lately about how important art is in “a time like this.” In John Pavlovitz’s recent post 10 Acts of Resistance on Inauguration Day and Beyond he lists “Create” as one of the ten, saying “Remind yourself that even though there is real ugliness grabbing the spotlight and the headlines, that things of great beauty are being born too. Let your art be your defiant resistance.” And Paul Jarvis published an article he titled, Art is a powerful tool for change in which he says “Art and creativity — they’re easily dismissed as just ‘something pretty’. But art is a powerful tool. It has a knack for humanizing emotions and vocalizing injustice in powerful ways.”

The hashtag Danielle used for her show, for people to tag videos and pictures so she could find them later, was #terriblesandwich. It’s a mashup of her new album title, The Terrible Dinner Guest, and Danielle Ate the Sandwich, but it seems like such a good way to categorize the current state of things: a terrible sandwich. Which reminds me of the part in Elizabeth Gilbert’s latest book Big Magic: Creative Living Beyond Fear where she says that, “if you love and want something enough—whatever it is—then you don’t really mind eating the shit sandwich that comes with it.”

I eat the shit sandwich that comes with all my regular practices — Writing, yoga, meditation, and dog. Writing is hard, trying to get to the truth and then maybe even create something that would be interesting to anyone other than myself, working my way through all the layers of what’s difficult and scary and boring. Yoga is hard when my body isn’t “perfect” or even entirely healthy, and when I can’t seem to let go of expectations, my own agenda. Meditation, and by extension Buddhism, is hard because it asks so much of me, specifically that I get over myself, show up with an open heart, stay with whatever might arise. Dog is hard when they need so much and I don’t have it to give them, or when they need something but I can’t figure out what and they can’t tell me, when they get sick or hurt, when I love them so damn much and they die.

Add to that the current state of things, and it starts to feel like what the military refers to as a “cluster fuck.” I have a hard time  iguring out how to practice, to be, in a way that balances my effort with ease, not too loose and not too tight, soft and supported, sustainable and workable, wise and compassionate, requiring both doing and not doing.

There’s work that needs to be done, but there’s also the laundry. There was a post recently on Facebook that was a list starting with, “If you’re busy dismantling the patriarchy, you don’t need to know how to fold a fitted sheet.” Its intention was to say that if you are doing important work, that other stuff doesn’t need to be perfect, and yet — that other shit has to get done eventually. We want to be a part of the resistance, but we also need to go to work and it would be nice to do so in a pair of clean underwear. We are constantly negotiating how to balance our effort with ease.

5 thoughts on “Day of Rest: #terriblesandwich”