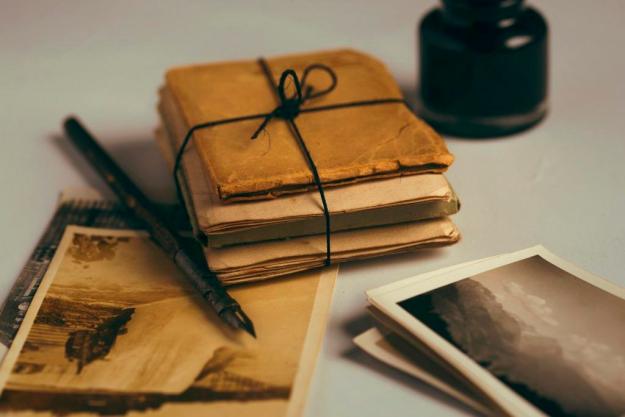 Image by Joanna Kosinska, who has a beautiful set on Unsplash

1. No, you are not an hysterical female, and this is not just anxiety. One of the most important things you could ever read, from Patti Digh. Spoiler alert: Patti knew she wasn’t feeling right, but kept coming up against doctors wanting to dismiss her symptoms as anxiety, until she had a heart attack, followed by surgery. After she came home from the hospital, she wrote this beautiful piece, When you break open, it happens by surprise.

2. Liz Kalloch’s Tools & Talismans project. (P.S. I was lucky enough to be a part of this. Her work is beautiful, makes my work look beautiful in the translation).

4. This Is How Adele’s “Hello” Would Sound In Reggae Style. I can’t get enough of covers of this song.

7. Talented 16-Year-Old Artist Turns Her Wildest Dreams Into Paintings. This kind of thing makes me believe in reincarnation, because where else does a 16 year old get this kind of talent?! How else could you explain it?!

8. Dog Is Let Out To Go To The Bathroom, Casually Runs Half-Marathon Instead. She came in 7th!

9. Is mindfulness making us ill? “It’s the relaxation technique of choice, popular with employers and even the NHS. But some have found it can have unexpected effects.” This is just one reason why it’s important to study in an established lineage, with the support of a teacher and community.

12. What Is Suffering? 10 Buddhist Teachers Weigh In from Lion’s Roar.

13. A constant buzzing of self-blame from Kirsten Akens.

14. When Can Women Stop Trying to Look Perfect? I think I may have already shared this when it was first published, but it’s worth a repeat.

17. The problem isn’t that life is unfair – it’s your broken idea of fairness. Oh, snap.

18. People wrote down their biggest regrets on a chalkboard for all of New York City to see. What’s yours?

20. Chicken with Forty Cloves of Garlic, a recipe from Barefoot Contessa. Sounds yummy.

21. Best couple ever Kristen Bell and Dax Shepard made a music video for their Africa vacation. The only part of this I didn’t like is when they chased the giraffes.

24. ‘This Song Is Uncomfortable’: Macklemore On The Contradictions Of ‘White Privilege.’ Feels like less of a song and more of an opera to me.

25. Watch 9 kids demonstrate why grown-ups need to stop asking, ‘Is race still a factor?’ from Upworthy.

26. Heartmelting Pics Of Aging Dogs Show Them Grow From Puppyhood To Old Age. Would that they all got old and died an easy death.

27. These 39 Sites Have Amazing Stock Photos You Can Use For Free. What a GREAT list of resources!

28. Carol Burnett’s Powerful Speech at the SAG Awards Addresses Gender Discrimination. Oh how I adore her. Netflix needs to add her show — it would be the best binge watch ever.