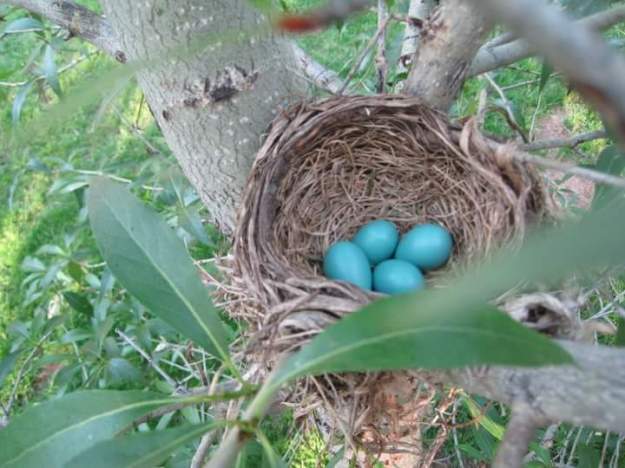 4. Why The Audacity of White Feminism Is The Core of White Supremacy.

5. A Life of Peacefulness on Zen Habits. Also, A Guide to a Life of Purpose.

7. 4 INFJ Needs That You Shouldn’t Ignore.

8. Is It Wrong To Shame Shamers? from Dances with Fat. Because this, “People are allowed to believe whatever they want. But when they try to turn their personal beliefs into actions that harm you and/or harm others, you have every right to speak up and fight back.”

10. Morcheeba has a new album out, Blaze Away. Their album Big Calm is still one of my favorites.

11. People being racist assholes (and this was just this week, just a sampling): Racist Missouri Waitress Fired After ‘N——r Hunting’ Video, and Racist lady attacks Hispanic woman at the mall because she dared to have blonde hair (video), and Racist lady harasses Hispanic shoppers checking out at the supermarket (video), and Star Wars has a white male fandom problem, and Star Wars actress Kelly Marie Tran faced so much racism and sexism that she had to leave Instagram (video), and and Trump’s deportation force was just exposed using a trick right out of the Nazi playbook, and A family was separated at the border, and this distraught father took his own life, and Woman Describes Border Patrol Agents Abuse Of Power After Ugly Confrontation On A Bus, and UPS Employee Fired After Posting That Black ‘Thugs’ Deserve Police Violence, and Florida Man Sets Black Neighbor’s ‘Flashy’ Car on Fire, Calls Him Racial Slur: Report, and Student From Iowa Killed 3 Weeks After ICE Sent Him Back To Mexico, and Food Truck Worker Hurls Bottle, Racial Epithet at Black Woman After She Tries to Pay With Change, and Ben Carson Backs Off Newest HUD Plan, Which Would Raise Rent for Poor Households by 20 Percent, and Chicago Police Defend Handcuffing 10-Year-Old Boy Mistaken For Armed Teen, and When My Neighbors Called the Cops on Me, and White Teacher Makes Instagram Post Mocking Black Elementary Student’s Hair, and CrossFit’s Spokesman Fired After Saying LGBT Pride Is A “Sin”, and ICE agents went undercover and offered gardening workers doughnuts before arresting 114 people (video), and A Trump supporter spat racist vitriol at this Asian-American woman on the Metro (video).

12. The Night My Parents Had Me Kidnapped.

15. This is the moment a jogger dismantles and tosses the belongings of a homeless man into a lake. (video)

17. Restaurants Boycott Brooklyn, NY, Army Base After Guard Called ICE on Deliveryman. This is what resistance looks like.

18. 6 Things White People Can Do To Reach Friends and Family Members to End Racism.

20. Roxane Gay: ‘No one is guaranteed love or affection.’ “The author of Bad Feminist and Hunger has strong words for ‘incels’, harassers in publishing and diet gurus.”

24. Georgia Cop Fired for Ramming Fleeing Suspect With Patrol Car Gets New Job as Sheriff’s Deputy in Neighboring County. This is so disgusting, infuriating. The sheriff who hired him had “known him since he was a baby” and “In talking to Saulters the first question he asked was if our citizens supported law enforcement. Without hesitation I assured him they did and that we have excellent people that live in our county. I have no reservations about Dep. Saulters serving this community. As a citizen of Oglethorpe County you will find the wisdom of this decision in getting a deputy of this caliber. If you still have concerns I will discuss them with you if you contact me. If you are not an Oglethorpe County resident, I wouldn’t worry about it.” Fuck you, Sheriff David Gabriel.

25. Florida Stopped Background Checks On Concealed Weapon Permits For A Year. “The employee responsible said she couldn’t remember her information to log in to a national database that keeps track of criminals.”

29. For homeless people in Eugene, Oregon, these tiny homes can be the difference between life and death. (video)

30. These Tweets About Kids Renaming Random Things Prove That Kids Are Way Smarter Than Us.

31. This super dad-erina came to rescue his daughter when she broke in tears on stage. (video) My favorite part of this is when a guy comes from the side and offers to hold the baby, and the dad is like, “I’ve got this.”

32. Dambulla is home to Sri Lanka’s largest cave complex. But hidden inside these caves is a spectacular series of sprawling temples. (video)

33. A Thank-You Letter to Kim Kardashian for Proving White Privilege Is Real.

34. When a volunteer hunts for likes on social media. (video)

35. 4 Reasons People of Color Can’t Cater to White People’s Guilt – Or Their Tears.

36. Former Fox Analyst Calls Network “Propaganda Machine”. Things for me that are indicators we won’t agree about much of anything: you watch Fox News, you voted for Trump, and you don’t read books.

37. Body Positivity Is a Scam. “How a movement intended to lift up women really just limits their acceptable emotions. Again.”

38. Digital creator Dylan Marron has plenty of online haters, but he doesn’t consider them trolls. Instead, he started a podcast where he engages them in honest, offline conversations. (video)

42. How Current Eating Disorder Discourse Fails The LGBTQ Community. And How We Can Change That. “Treatment needs to be a gender diverse and an inclusive environment.”

43. Ann Widdecombe lashes out at transgender ‘lunacy’ in Express column.

44. This candidate for governor drove through a parade in an American flag Jeep with a fake machine gun mounted on top — and he called the negative backlash a ‘snowflake meltdown.’ (video)

45. Musician and political commentator Akala confronts three statements he says are used to ‘shut down’ discussions about race. (video)

46. We Can’t Wait to Read Fatventure Mag. “After a successful Kickstarter, the first issue will feature fat-identified women and nonbinary writers and artists.”

47. Texas Teen’s Story About Being Abducted and Assaulted by White Supremacists Was Not True, Police Say.

49. In case you need some encouragement today, here’s a video of a little girl jumping off the diving board for the first time as the entire pool cheers her on. (video)

50. She locked herself out of her house, but her dog was able to get her back in. (video) Good by, Sam!