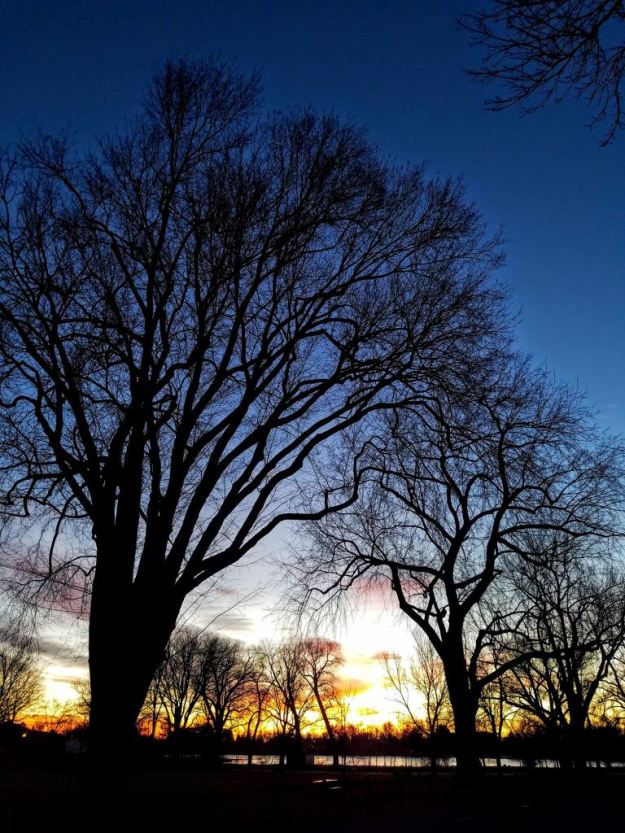 1. December Reflections, 2017 with Susannah Conway. “The idea is simply to take a photograph (and share it if you wish) every day in December while reflecting back over the year. I’ve provided a list of daily prompts with a mix of things to photograph — for example: sparkle, red, skyline — and things to ponder. The ponder prompts are an extra invitation to pause for a moment and consider some of your favourite bits of 2017. Share your treasured photos from the year alongside your thoughts. Dig further into the prompts privately in your journal. You may feel moved to create paintings or collages or poems. December Reflections started as a photo project but feel free to take it in any direction that calls to you!”

2. Sleep-over at the library. “Falling asleep in a library is typically the hallmark of an overstressed student, slumped over a desk piled with books in a fit of exam-induced exhaustion. But at this library in a small Welsh village, sleeping among the books is part of the appeal.”

3. 30 Questions I’ve Asked Myself Every Year for the Last 8 Years. I love a good list of prompts.

4. 5 Misconceptions About Highly Sensitive People That Need to Go Away.

5. What I learned from a year of dumpster diving in Australia.

6. Wisdom from Brave Girls Club. This one feels like it was written just for me, but I’ll share it here just in case it was for you too.

7. Strangled Roots and More Than One Kind of Silence from Jena Schwartz.

9. These 10 companies control everything you buy. “Oxfam created a mind-boggling infographic that shows how interconnected consumer brands really are.”

11. With ‘One Mississippi,’ The Moment For Women Storytellers Is Now. “As some of comedy’s icons have fallen, Tig Notaro continues to rise. We should make way for more women like her.”

13. We Can’t Train Our Way to Racial Equity.

14. The Patel Family’s Immigrant Story. (video) “Ravi V Patel joins his family and friends in Chicago to take a trip down memory lane and learn about his father’s immigrant story.”

15. This Cat And Dog Love Travelling Together, And Their Pictures Are Absolutely Epic.

16. Thanksgiving for Native Americans: Four Voices on a Complicated Holiday from The New York Times.

17. Turns Out Tree-Kangaroos Exist, And It’s Impossible To Scroll Down This List Without Smiling.

18. An American Secret: The Untold Story Of Native American Enslavement.

19. Anyone for crickets? Finnish bakery sells bread made from insect. Considering the things we eat and take for granted as food, I’m not sure why eating bugs is viewed as anything out of the ordinary.

20. It is time to Give Back to Black Women for #GivingTuesday. (video)

21. A Texas teenager has a forever home just in time for the holidays after his former teacher adopted him on Friday.

22. This 23-year-old is doing her part to bring clean water to her Navajo community after decades of pollution and neglect. (video)

23. Don’t be afraid to talk about the real history behind Thanksgiving. (video)

24. Eliahu Pietruszka had grown up thinking his whole family had been killed in a Nazi death camp. (video) “This is the moment a 102-year-old Holocaust survivor meets the nephew he never knew he had.”

25. Trump Says He Passed On Being ‘Person Of The Year.’ ‘Time’ Says He’s ‘Incorrect.’ Liar, liar, you are a dumpster fire.

When I think the light is gone
I consider that it might just be too bright
for me to look at. Especially
if I’ve come directly from the dark.
Which I, and many of us have, lately.

27. Through Our Eyes: Puerto Rico. (video) “Here’s a glimpse at what life is like in post-hurricane Puerto Rico, where American citizens are still without clean water, food, or electricity.”