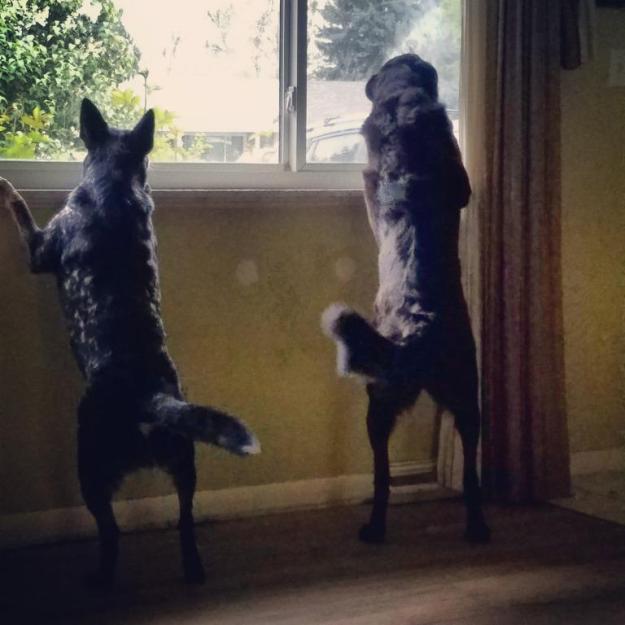 Trash day, i.e. let’s stand at the window and yell a lot.

Friday was a bit unusual this week. I went to my morning yoga class instead of sleeping in because my friend Mitch was going to be there, for one of the last times (he’s finally moving fulltime to his house in the mountains, selling his house in town so he won’t have a reason to come back). Then we didn’t have Wild Writing class because Laurie was in Boulder seeing her oldest daughter graduate from college. Even though I usually work from home on Fridays, I had to go to campus to interview a couple of people applying to be interns in the fall, and I had to stay after that to get a few other things done. After that, I came home and crapped out on the couch until it was time to take Ringo to his Nose Work class. I knew it was Friday, but I completely forgot to post until my mom sent an email today asking about it. Oh well. It’s never too late to be grateful.

1. Morning walks with the dogs. On Thursday morning, we saw two deer, two heron (or one, two times), THREE families of geese with babies, and ducks. With all the rain last week, the river is much higher.

2. Kitchen counter love notes. It’s really kind of amazing that with all the ones Eric has made, he’s never done the same design twice.

3. Ringo. In his nose work class this week, he was a superstar, which made me realize the past two times weren’t flukes — he’s really really good at it. He went to the vet this week for his annual checkup and shots. He is such a confident dog, but when you take him to the vet, suddenly he’s terrified. He just wanted to hide under my chair the whole time. 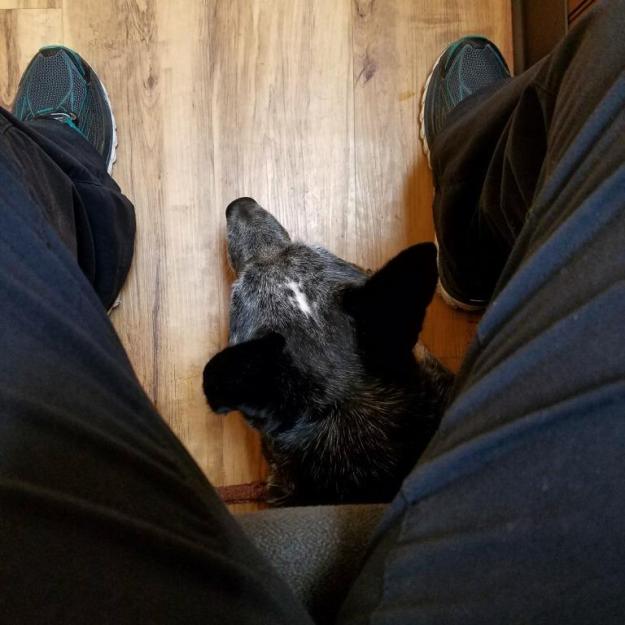 4. Surprise gifts in the mail, just because. Eric sent me a card, and his mom and dad sent us a really nice food processor. At first we had not idea who it was from. It was a ordered through Amazon, addressed to both Eric and I, but it had no note. We had no idea who sent it or for why! Anyone who knows us well would know it’s something we want that we’d most likely never buy for ourselves, but we couldn’t figure out who sent it. It wasn’t anyone’s birthday or anything, and we couldn’t figure out who knew us well enough to know we didn’t already have one, would order something online to send, and had that kind of extra money to send such a nice present “just because.” Turns our our niece helped them get online and order it when they were over at her new house.  We sent them a surprise snowblower this winter, so that probably explains the why. 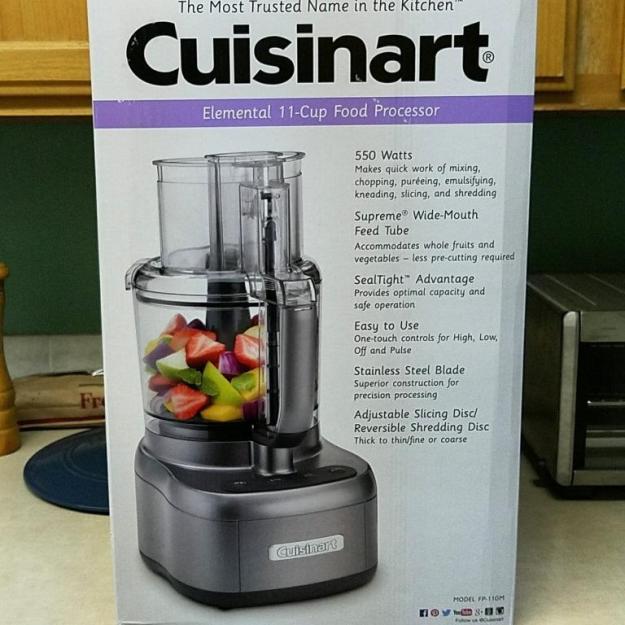 5. Aimee Mann. She released a new album earlier this year, and came to Boulder last week. I got to buy tickets early because I’m part of her fan club, so we were in the 2nd row! I think we’ve seen her about five times now, at least three of those in Boulder. I’ve loved her since I was 16 (the moment in the Voices Carry video where she’s in the opera hall and she loses it because she can’t take being told to keep quiet anymore summed up how I felt at that age), and I only love her more now, and am so lucky Eric likes her too.

Bonus joy: getting back to the gym, yoga with some of my favorite people, tart cherry juice, how sweet Sam can be, good books and the authors who write them, poetry and the poets who write it, good TV, podcasts, breakfast burritos from Mugs Coffee, the Ace Hardware store in Old Town Fort Collins, clean sheets, a cold glass of clean water, a warm shower, indoor plumbing — so so so much privilege, both access and means.