1. Truth: Impermanence. I am currently taking a class at the Fort Collins Shambhala Meditation Center, Fearlessness in Everyday Life. In the first few weeks we have been contemplating what many great teachers have called the essence of the dharma (“truth”): that everything changes, nothing stays the same–also known as impermanence.

I couldn’t attend Thursday night’s class because I was doing an independent study of sorts, saying goodbye to a being I love very much, being with him when he went, contemplating and being with the reality that death and change are real and reliable. Death and loss will happen, we can count on it.

obi and rocky, both gone now

We think that the point is to pass the test or to overcome the problem, but the truth is that things don’t really get solved. They come together and they fall apart. Then they come together again and fall apart again. It’s just like that. The healing comes from letting there be room for all of this to happen: room for grief, for relief, for misery, for joy. ~Pema Chödrön

2. Truth: Being with reality–what is, as it is–is freedom. In the ways that we reject what we don’t want or attempt to cling to what we do, judging and refusing that which is “bad” and attempting to make the “good” somehow permanent, we generate pain. Our refusal to be with things as they are is at the root of all our suffering. In our denial and in our attachment, we cause harm. Our avoidance, our habitual, stuck, discursive ways of covering over the truth keep us stuck, confused and afraid.

There’s a Robin that’s been on the fence between my house and my neighbor’s for the past few days. It runs up and down the fence, intermittently throwing itself at its own reflection in a window. At first, I assumed the bird viewed the other bird as a threat, and chose to fight it. Then I remembered it’s their mating season, and thought maybe the bird thought its own reflection was a possible mate. Either way, whether the bird was showing aggression or attempting to connect, its fundamental confusion caused it to throw itself at the window repeatedly, to cause harm and generate frustration and pain, potentially smashing itself to bits. Even when my neighbor opened her window so it could no longer see its reflection, it shifted its focus to a window on the side of my house, continuing the process. 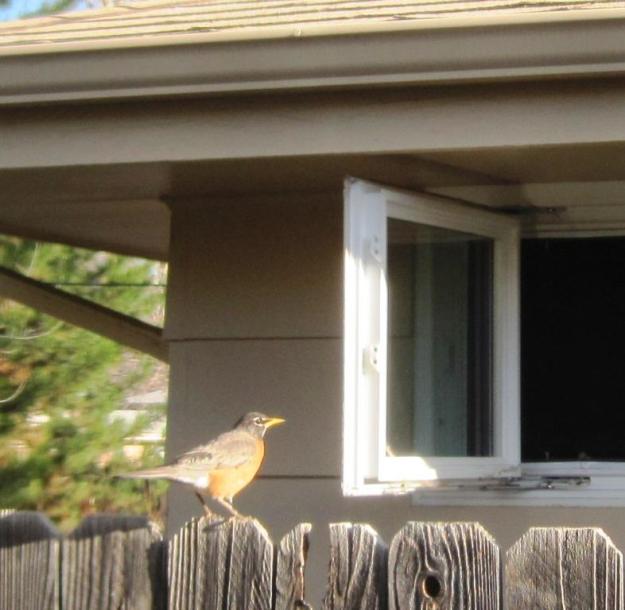 3. Truth: The antidote, the medicine is gentleness. Being with things as they are and not as we want them to be provokes fear. The inevitable nature of loss and change and death can cause us to come unhinged, unravelled, wrecked and broken. “Fear is a natural reaction to moving closer to the truth,” (Pema Chödrön). Being with reality and our fear uncovers things we usually avoid, reject, or hide. The way to deal with this, to work with fear, is by being friendly with ourselves, being gentle. This is non-aggression. This is truth. This is the way to freedom.

One wish: That you have supreme confidence in the one and only thing that won’t change, your fundamental, basic, inherent, innate, unconditional goodness, your wisdom and compassion, that you remember and awaken to this, the light of your true nature.