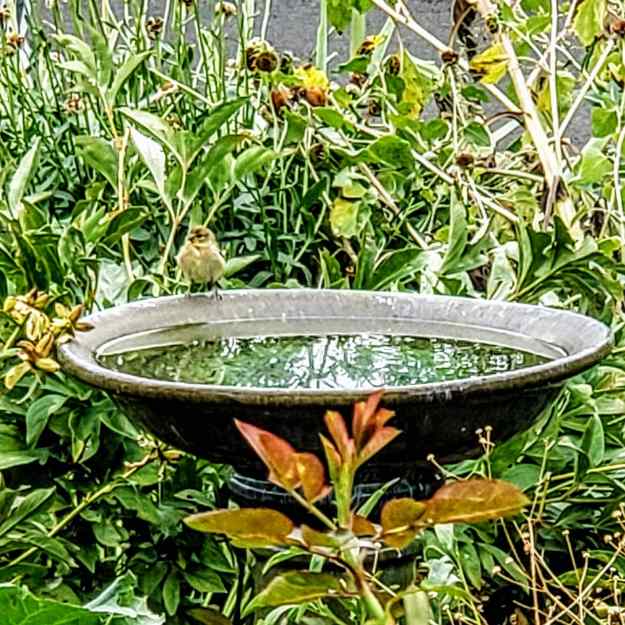 1. Our bird bath. One day this week, the sky was red and raining ash. While we slept that night, it started to rain. Then came the snow, followed by the light. And finally, the birds singing. When the snow melted, we saw this tiny fluff of joy came to our garden for a drink. Eric said it looks like a baby chick.

2. Our garden. Snow was forecast early in the week. It was a blessing, as we have several wild fires burning out of control, but it also meant the end of our garden harvest. When it came, the snow broke another large branch off my Golden Raintree and most likely will mean the end of the flowers, but Eric covered the tomatoes and one of our cucumbers and we think they might keep producing for a bit longer. 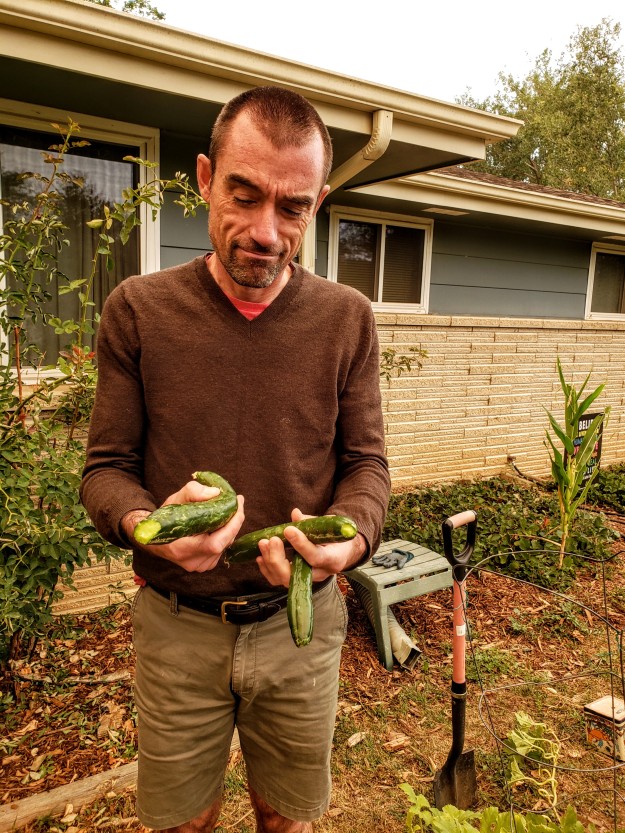 Eric mourning the possible end of the garden season. 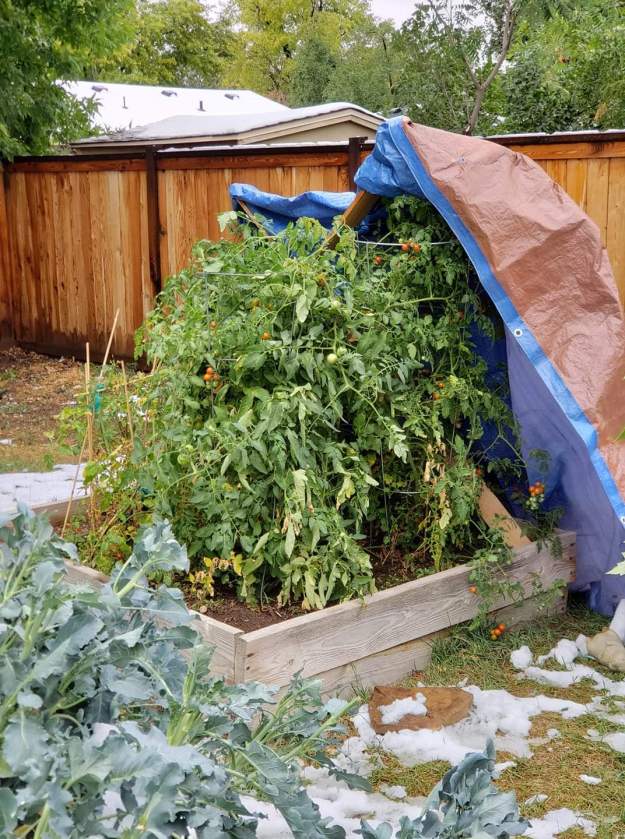 3. Practice. Continuing to save me, keep me here, give me a way to stay with all of it, even the stuff that feels impossible.

4. Family and friends safe from the fires in Oregon. I come from a large family (my mom is the 2nd oldest of 12 kids), and except for one aunt and uncle, they all live in Oregon, including my cousins and their kids. Some were evacuated because of the fires, some are still at a level 2, which is “be ready to leave at any moment.” One aunt and uncle lost almost everything, but their house was spared and their 10 cows, who they couldn’t move because they had to evacuate so quickly, were found and are okay. It makes me feel homesick in a whole new way, but I’m so grateful that so far everyone is okay, grateful for all the firefighters there, here, and elsewhere who work so hard to protect us. 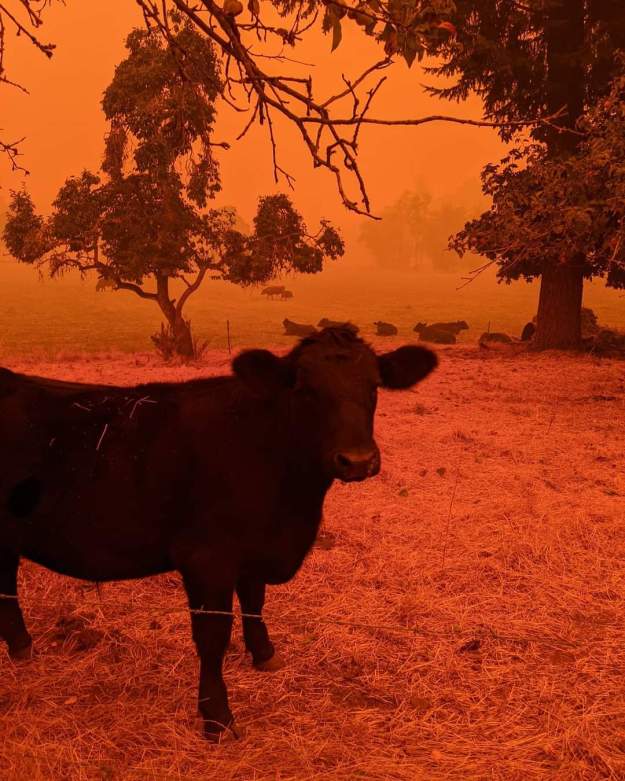 Picture taken by my cousin

5. Morning walks. With the rain and snow, they were a bit restricted this week, so Ringo and I walked to City Park instead of by the river, saw a heron fishing for breakfast. 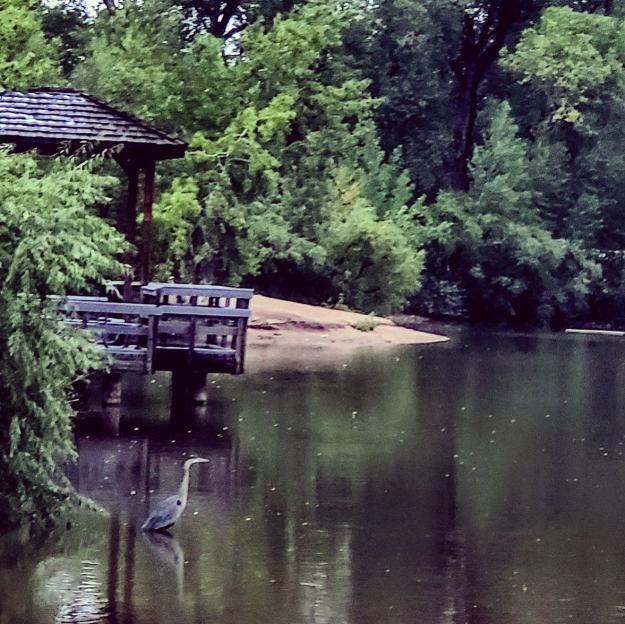 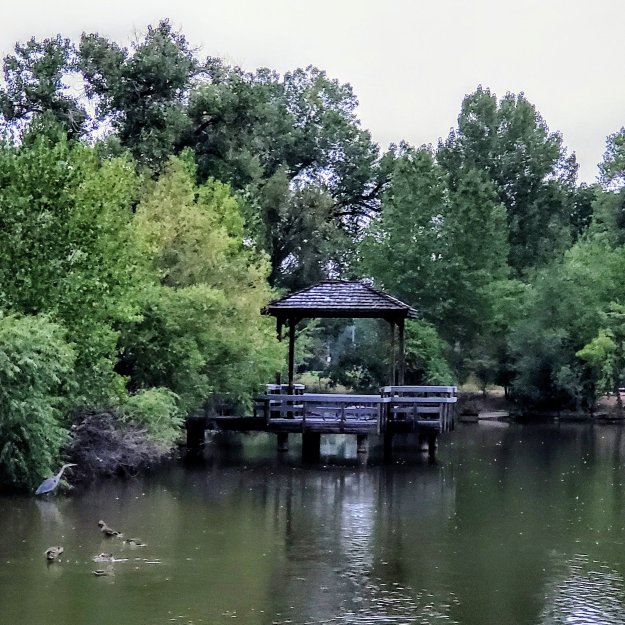 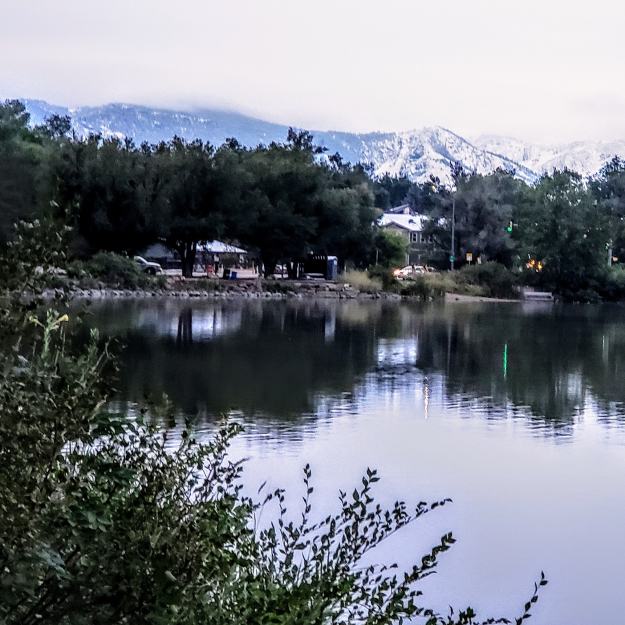 6. My tiny family. I’m especially grateful for them this week. Eventually, there will be one more of us (I really think Ringo will be happier with another dog, even though I’m not ready for one yet), but for now, I’m content with just the three of us, so lucky to have them. 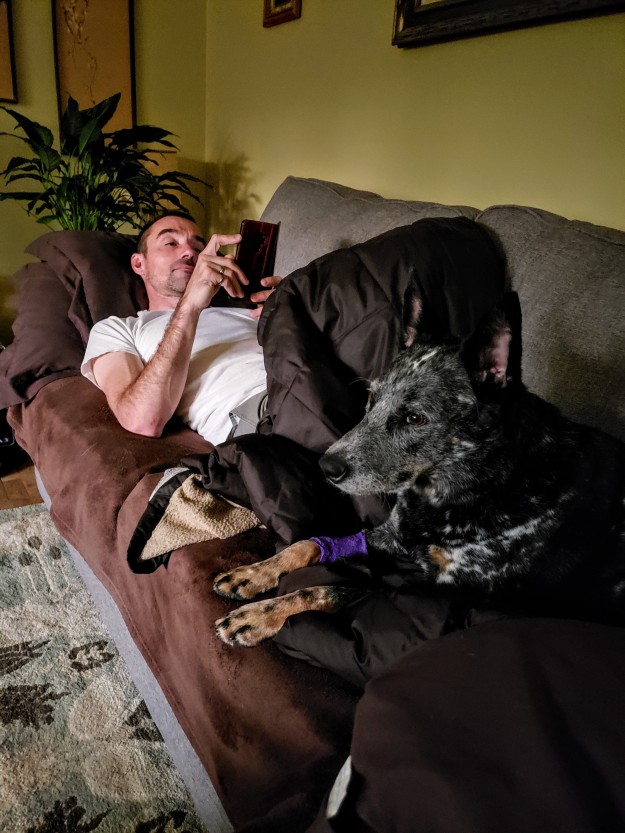 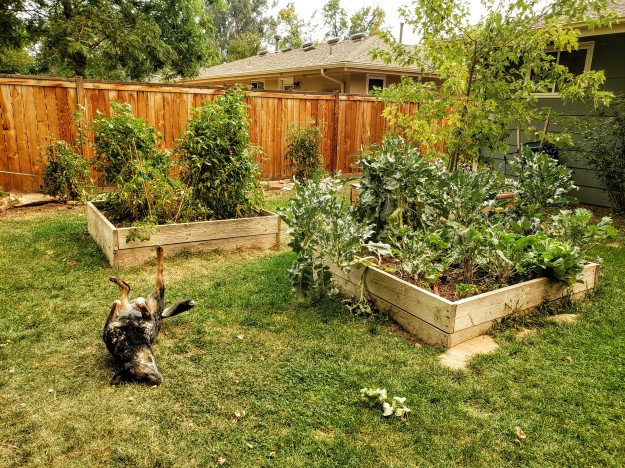 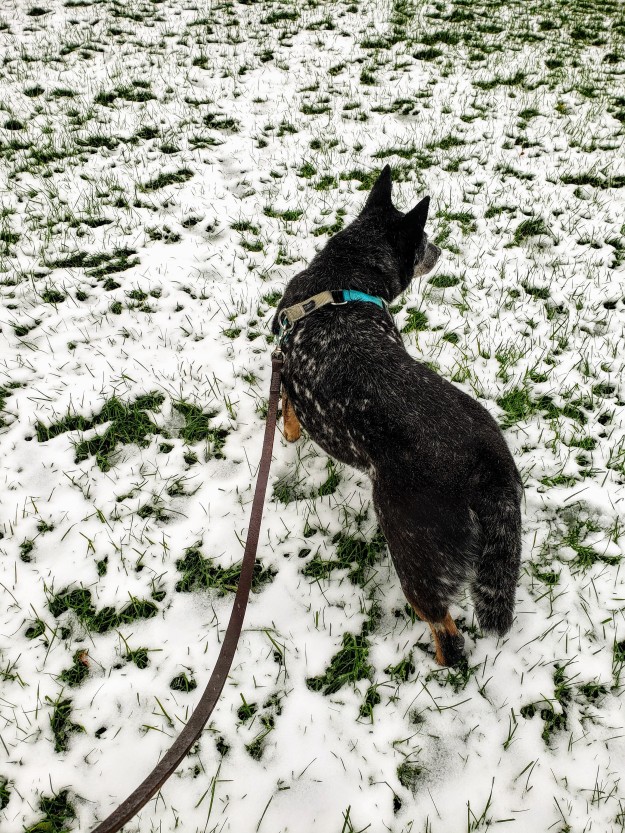 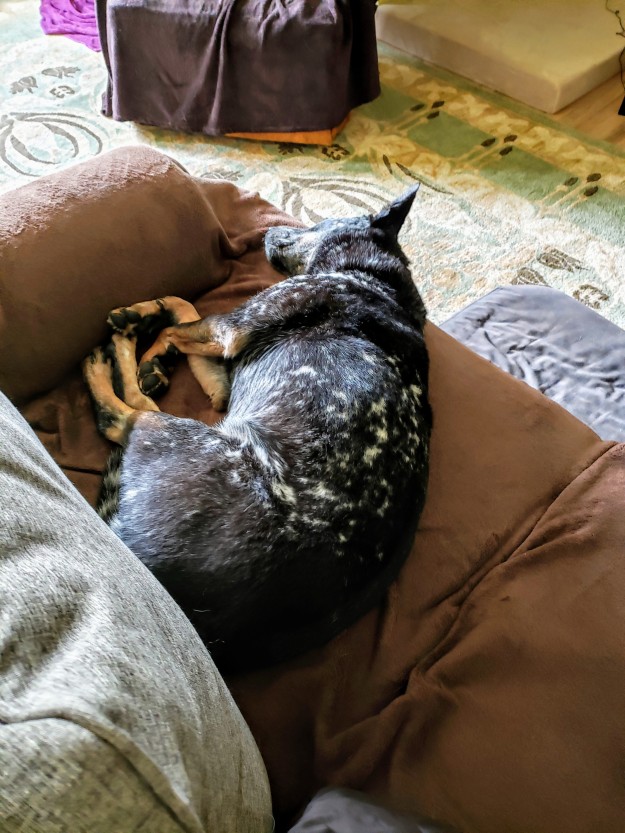 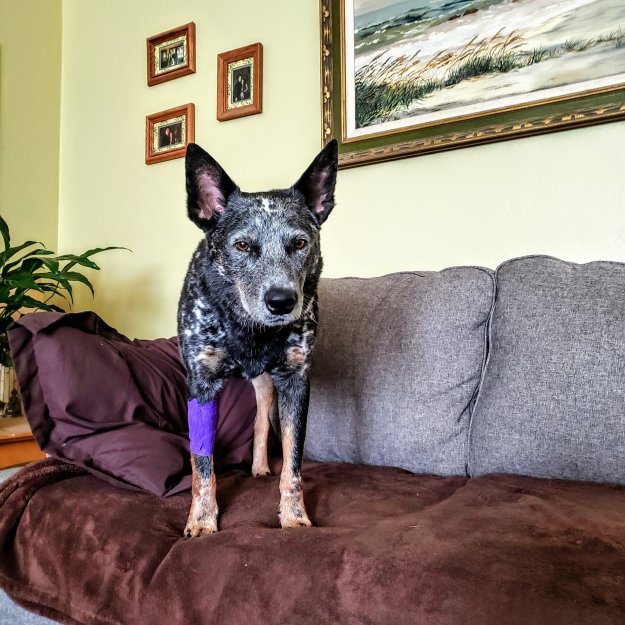 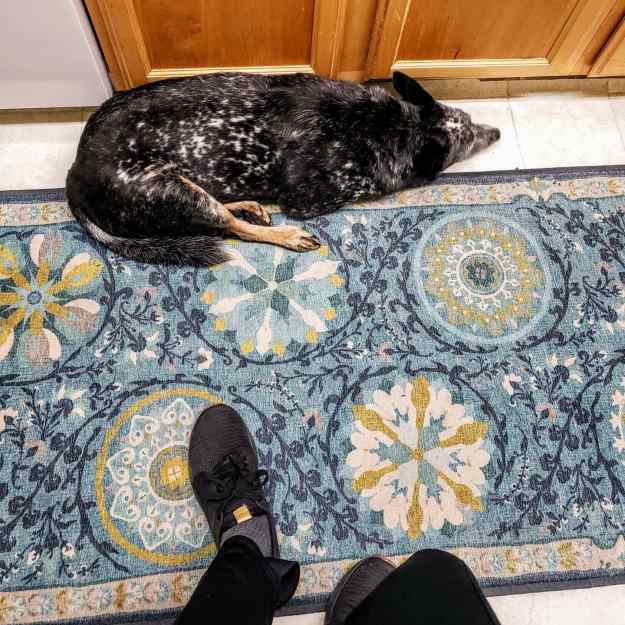 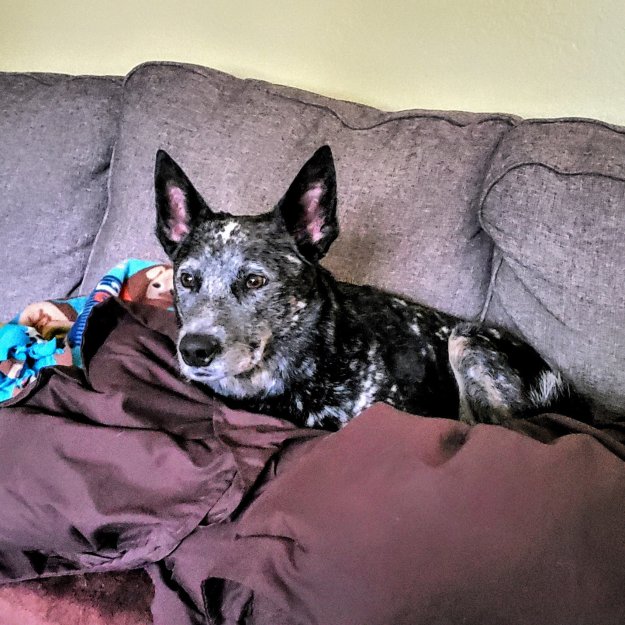 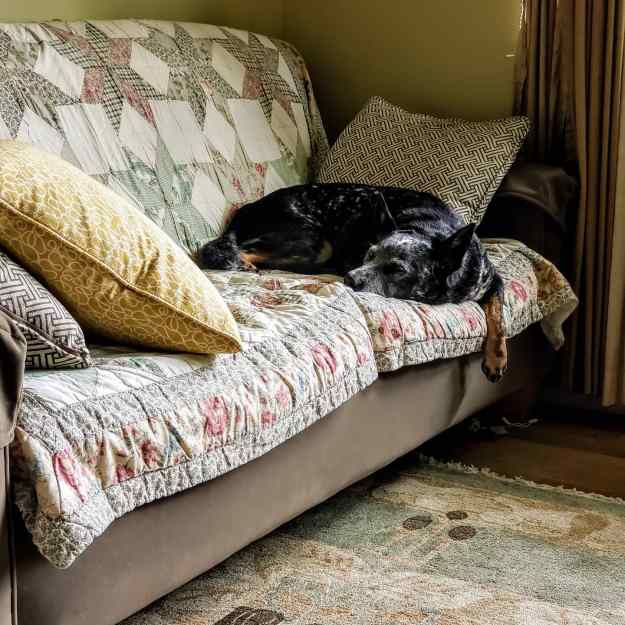 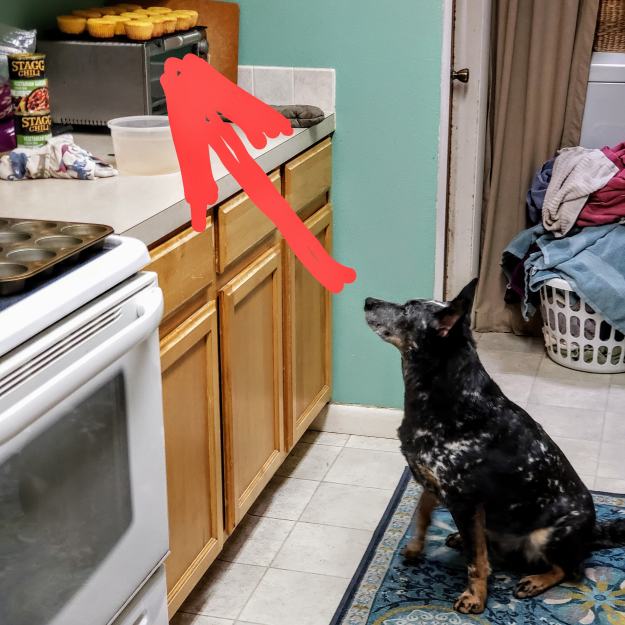 Bonus joy: having to substitute yogurt for whole milk and discovering that honey cornbread muffins made with yogurt are WAY better anyway (Ringo clearly agreed), writing and hanging out with Mikalina, being invited to submit something for Mabel Magazine #5, getting in the pool, sitting in the sauna with Eric, chili with sour cream and avocado, tuna fish with tomatoes and pickles, Ringo’s leg healing so he doesn’t have to wear a wrap on it anymore, yoga, that spot in the corner of the couch, how happy Ringo is to see Eric, grocery pick up, my tiny house, hummingbirds, texting with my mom and brother, reading in bed at night while Ringo and Eric sleep.