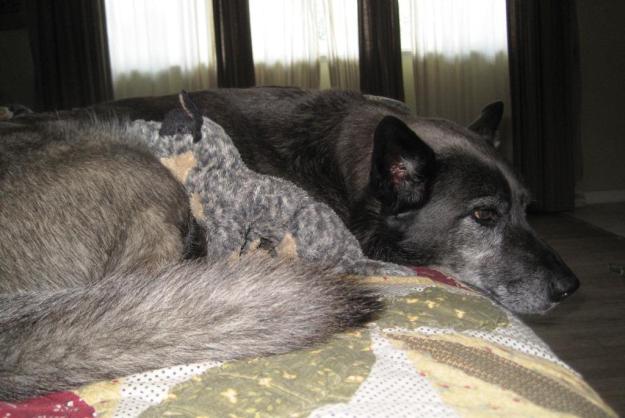 Last night in bed, I told Eric I want our next dog to be a cuddler. Obi and Sam didn’t/don’t like to cuddle so much as lean in, and got/get annoyed if I hold on too tight (Obi would wiggle his way out, and Sam has even growled a few times to get me to back off), but Dexter was definitely a cuddler, and I’m really missing that — snuggling up next to him, warm and soft, having him stretch and curl against me and sigh — missing him.

This video of Andrea Gibson performing A Letter to my Dog, Exploring the Human Condition, captures perfectly the “why,” why I love my dogs so much, and why it is so hard to let them go when they go, “My beating heart with fur and legs.”

At the end, the video says “Every animal adopted saves the life of two, (the animal rescued, along with the animal who can now take the other’s place in the shelter for an opportunity to be adopted),” but I have to disagree with that. Every animal adopted saves the life of three — the one adopted, the one who is given space and a chance for the same, and the human animal rescued by the one adopted.