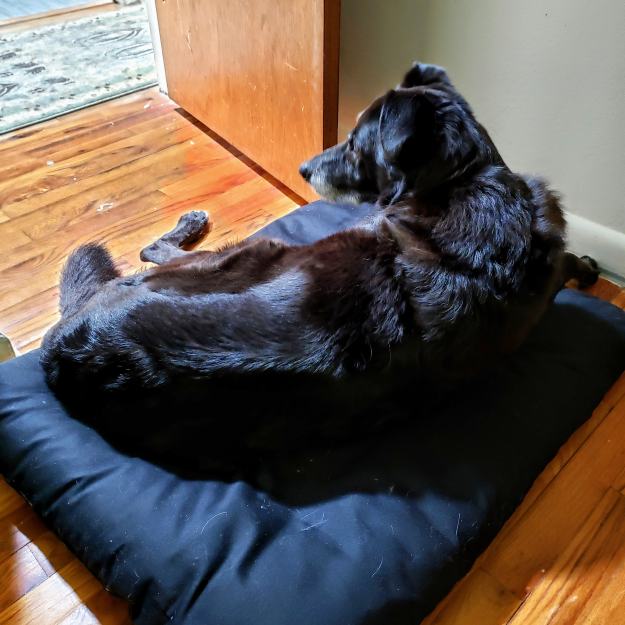 1. An easy death for Sam. Believe me, kind and gentle reader, I am as shocked to write that as you are to read it. As of this morning, my sweet Sam is no longer with us. We took him to the vet this week because his belly was distended and he was breathing harder than usual on walks. I took him knowing that many of the things it could be were bad, really bad, but I still thought maybe it could be an infection or even Cushing’s (what a strange thing to wish for) or maybe I was even overreacting. I sent him in while I waited in the car (COVID-19 protocol). His vet called me and said there was fluid on/in his belly and that she could feel a mass. She took x-rays and his chest was clear but there was most definitely a large mass in his abdomen. We took him to another office where they could do an ultrasound, not knowing exactly what they’d find but for certain it was bad. 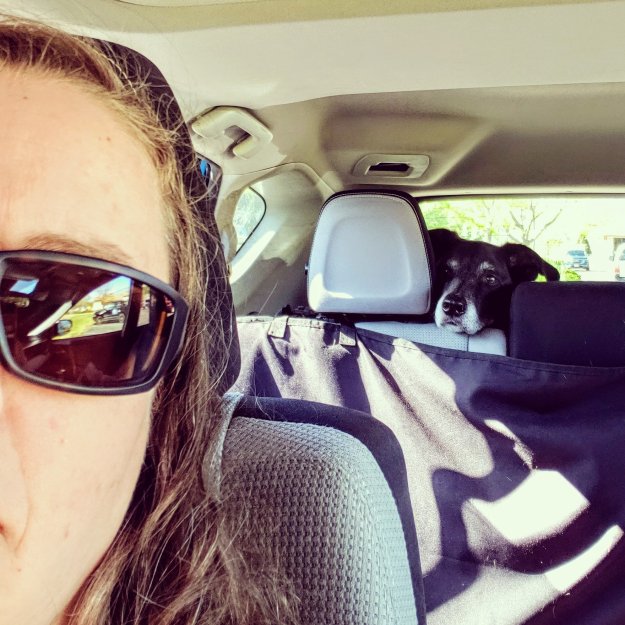 There was a large tumor on his spleen and another mass on his stomach. We made the decision that we weren’t going to put Sam through any invasive treatments, as the ultimate outcome would most likely be the same no matter what we did. Anything other than some combination of surgery and chemo (only prolonging the inevitable) would have only bought us a bit more time but could have led to a horrible end for him, as his spleen could rupture at any time and he would bleed to death. So this morning we did the hardest thing anyone who loves a pet ever has to do, and we let him go.

The morning was very typical, perfect for Sam who loved his routine so much. When the birds started singing outside, he got up in bed and cuddled with me. A bit later, we got up and he had his breakfast. Then we went on a gorgeous walk, 4.5 miles along the river. When we came home, he “took a shower with me,” one of his favorite things (he comes in and sleeps on the bathmat while I shower). I was hoping he’d come to meditate with me like he does sometimes, but he got on his couch and took a nap instead. In our last hour, we all hung out in the backyard together. 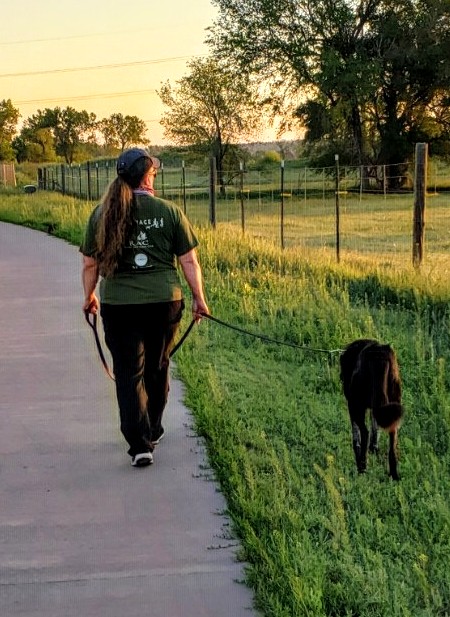 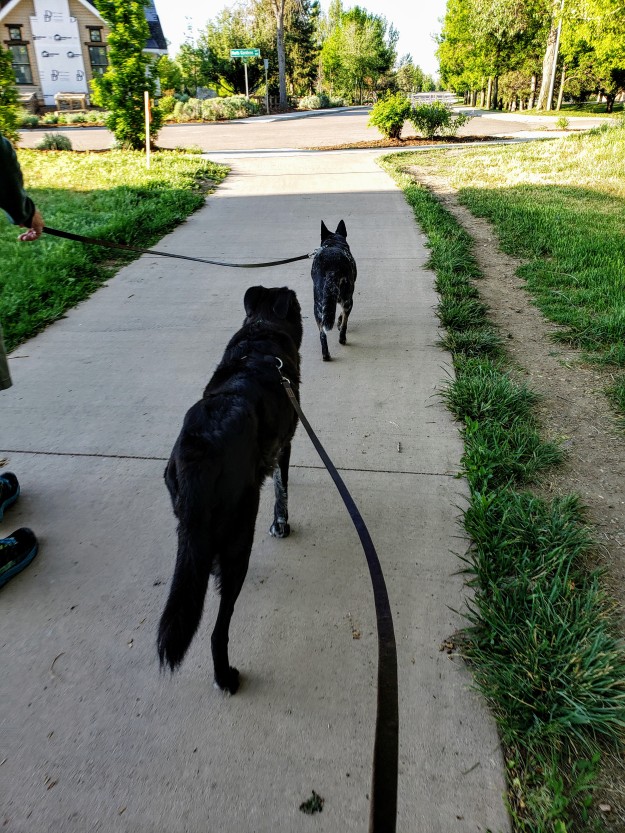 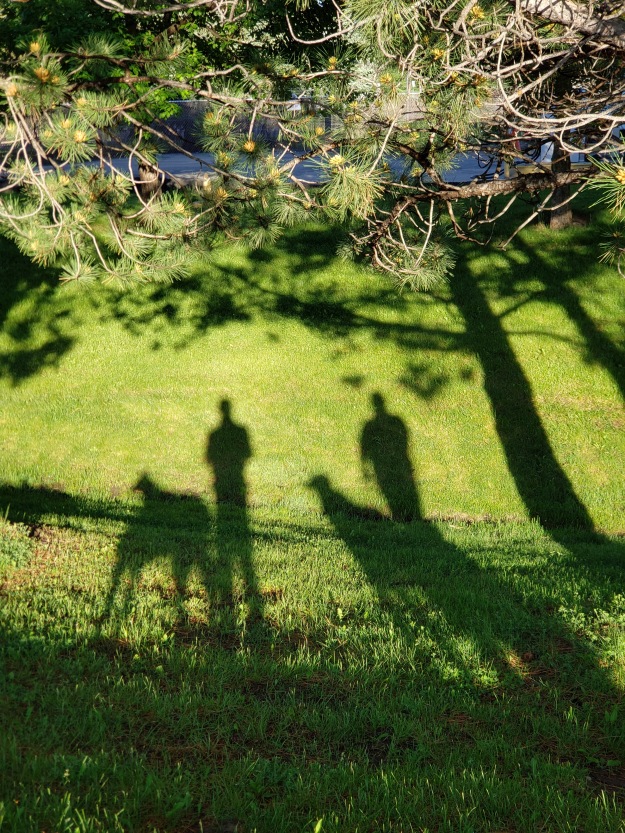 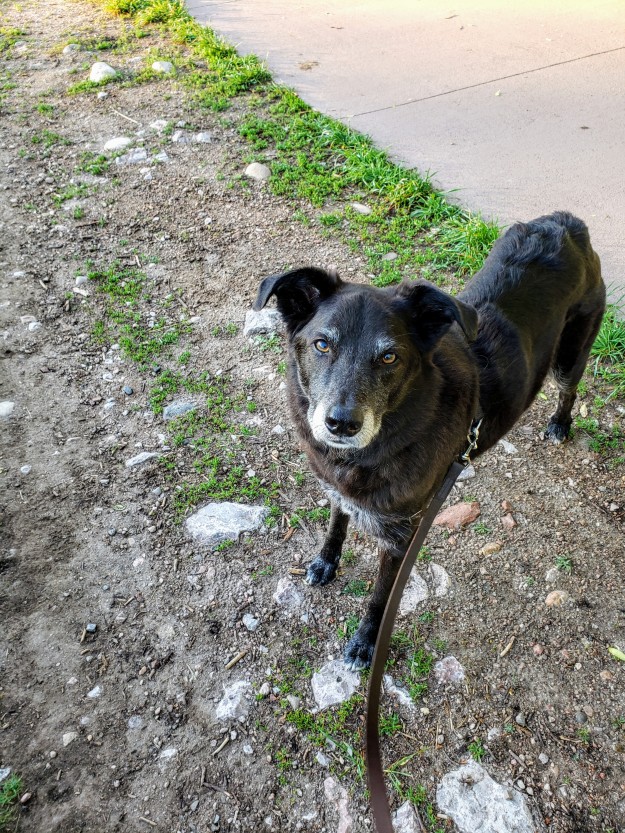 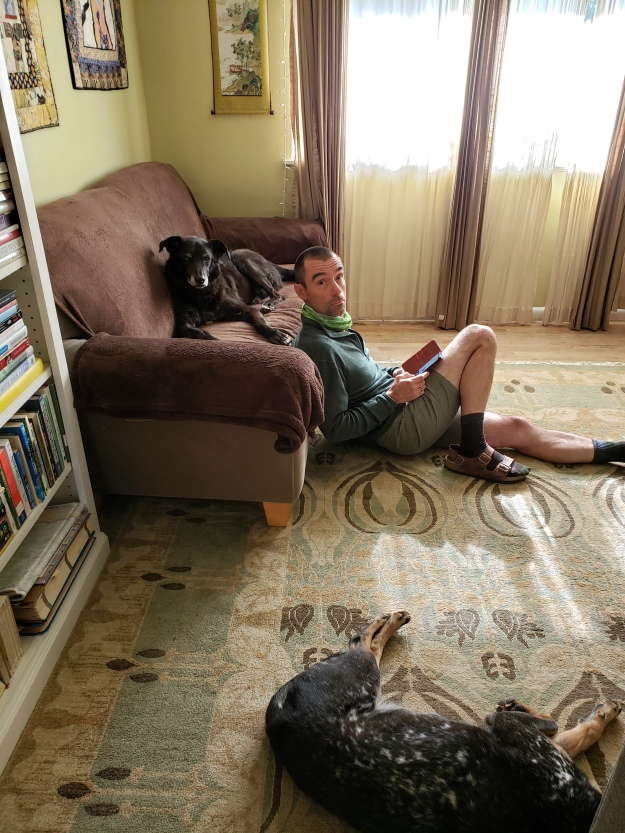 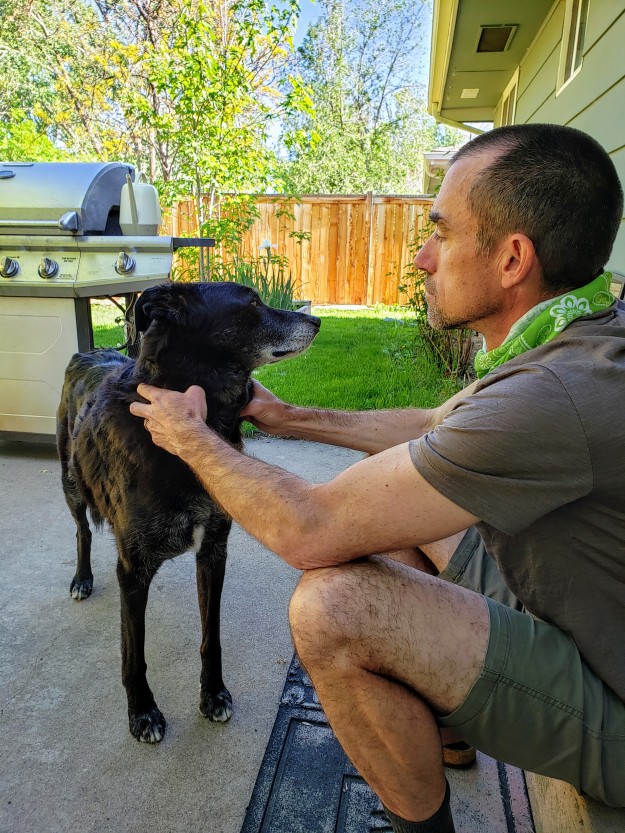 The vet came to our house (we’ve been lucky enough to be able to do this for all of our dogs). I gave Sam a frozen Kong full of peanut butter and his favorite bison meal cookies. He worked on that while she gave him the first shot to sedate him. He tried so hard to stay awake, was so happy with his treat and all the pets, and it was so peaceful when he finally did rest. The very end was just as peaceful and quick, with Eric and I right there telling him what a good boy he is, was. After the vet left, Ringo was able to come out and see him (with the COVID-19 protocols this time, it was too much to have him out during). In typical Ringo fashion, Ringo sniffed Sam and then flipped over and rolled in the grass next to him. I’m still in shock, and my heart is broken. Sam was my shadow, followed me every where, and I’m feeling lost without him. 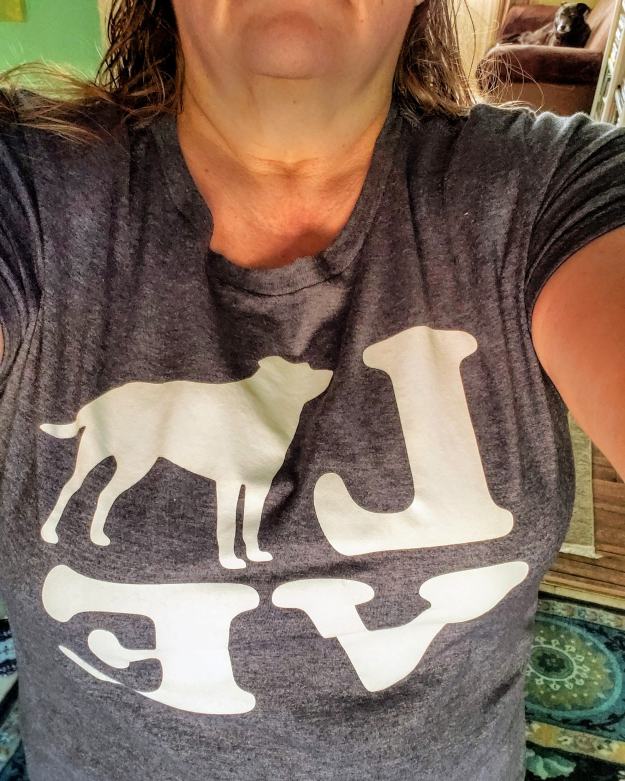 2. Practice. As much as it saves me usually, as much as it’s done for me during this global pandemic, it truly is serving me now. When we got home from the ultrasound, and were clear about what the right choice for Sam was, before I made any arrangements, I went in my practice room and meditated, with Sam right beside me. I needed to process what was happening and wanted to be really sure, clear about the decision. It offered both clarity and comfort. 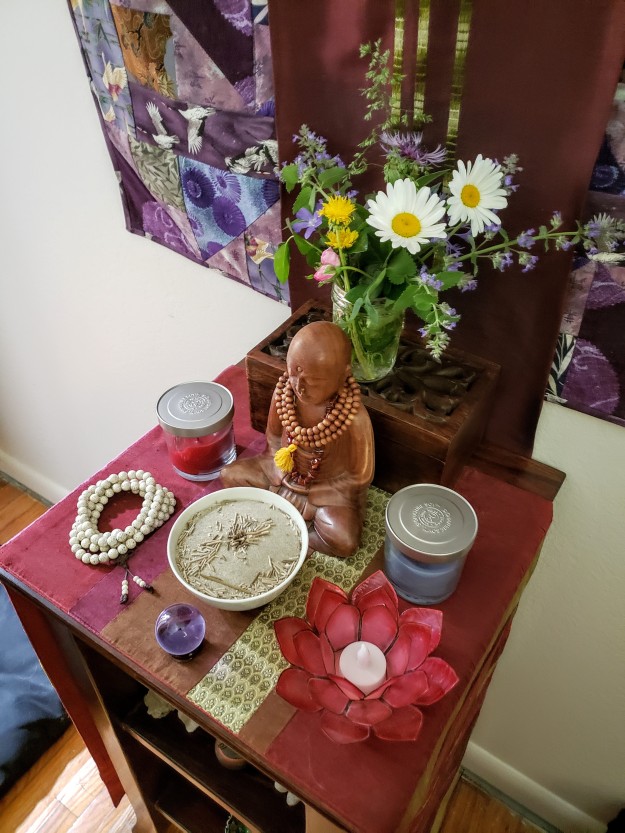 3. The love and kindness of people, both those who know and love me, and those who’ve never even met me. We are all dealing with so much right now, losing so much, collectively and individually. Having people support you, offer help and comfort, is what gets us through it. 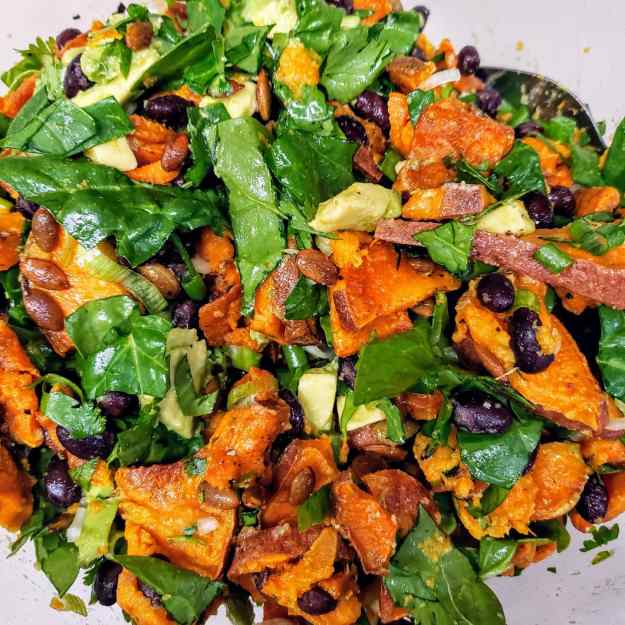 4. Good food. Even though I haven’t had much of an appetite the past few days, I’ve been glad to have tasty, nourishing things to eat. And p.s., have you tried Beyond Meat Burgers? I like them WAY better than the real thing. 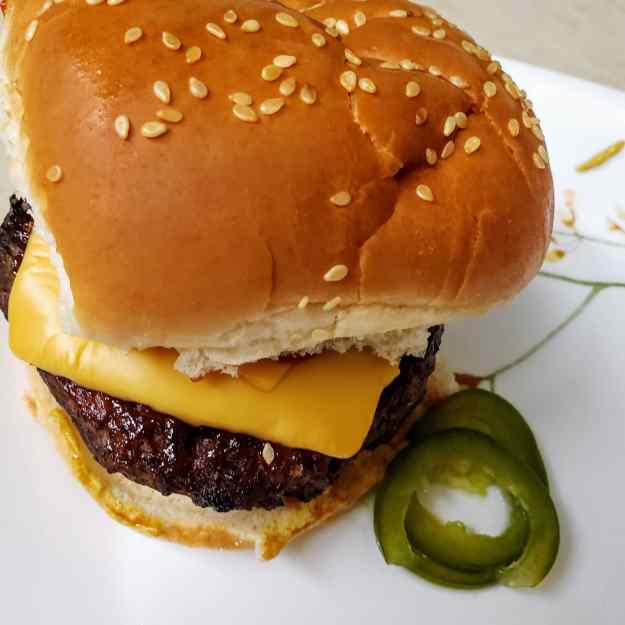 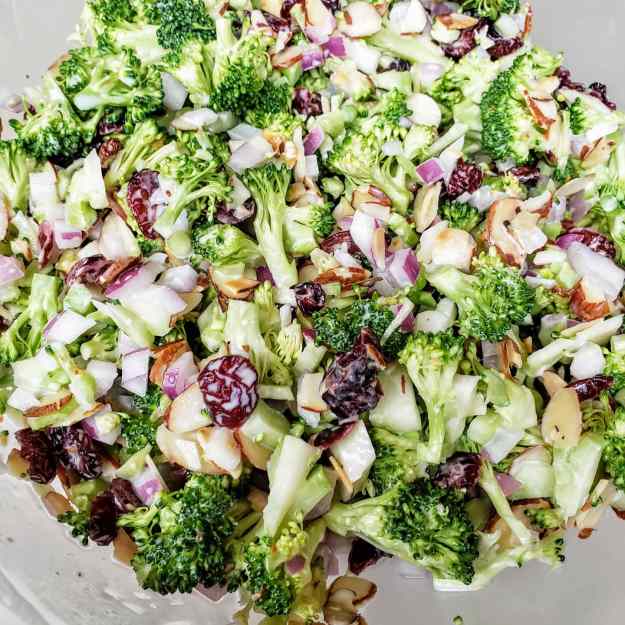 5. My garden. My first peony bloomed today. All my peonies were planted for those I’ve loved and lost, so it was appropriate. I supposed I’ll need to plant one more now. Also, if you are a gardener you most likely already know this, but weeding can be so therapeutic, so satisfying. 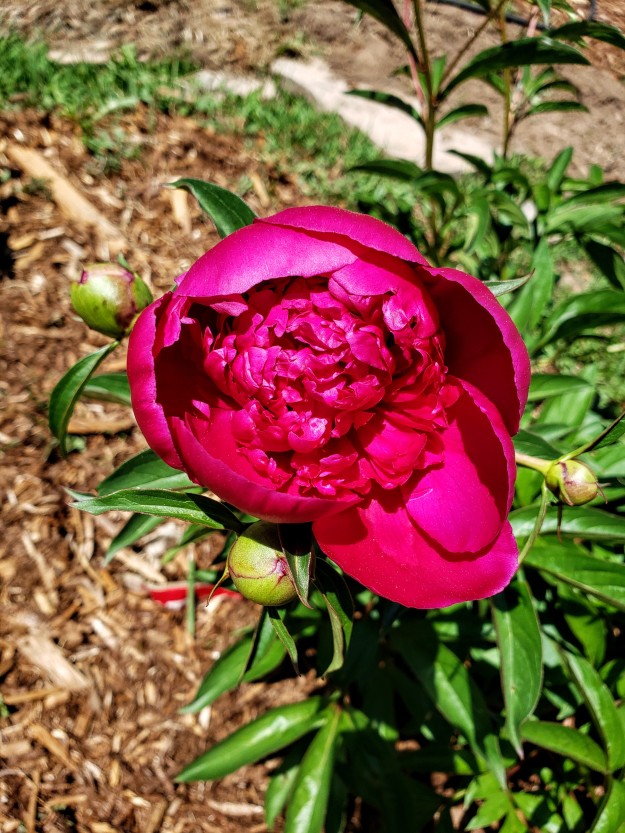 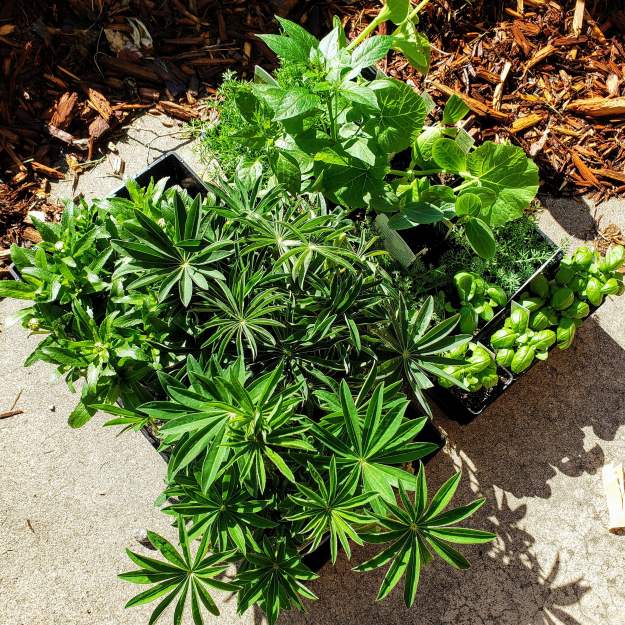 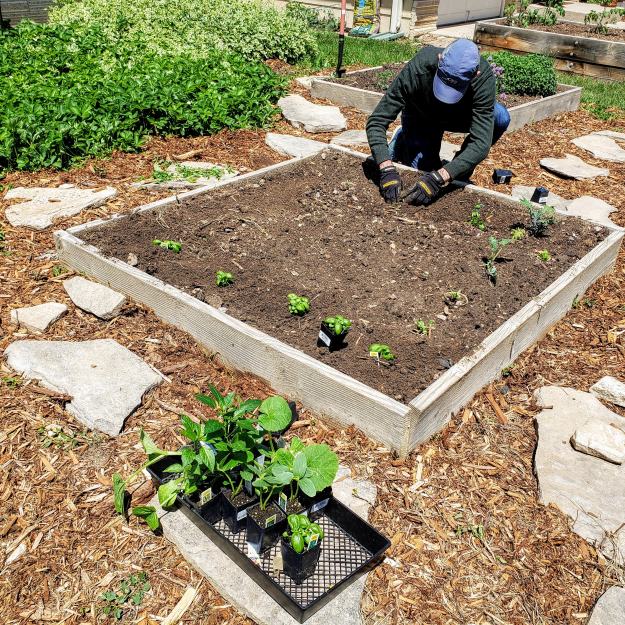 6. This morning’s walk with my tiny family. It was the last one we’ll take together, maybe the last one of the season along the river (there were a few mosquitoes out today and with the recent rain and this week’s heat, there will be many, many more). 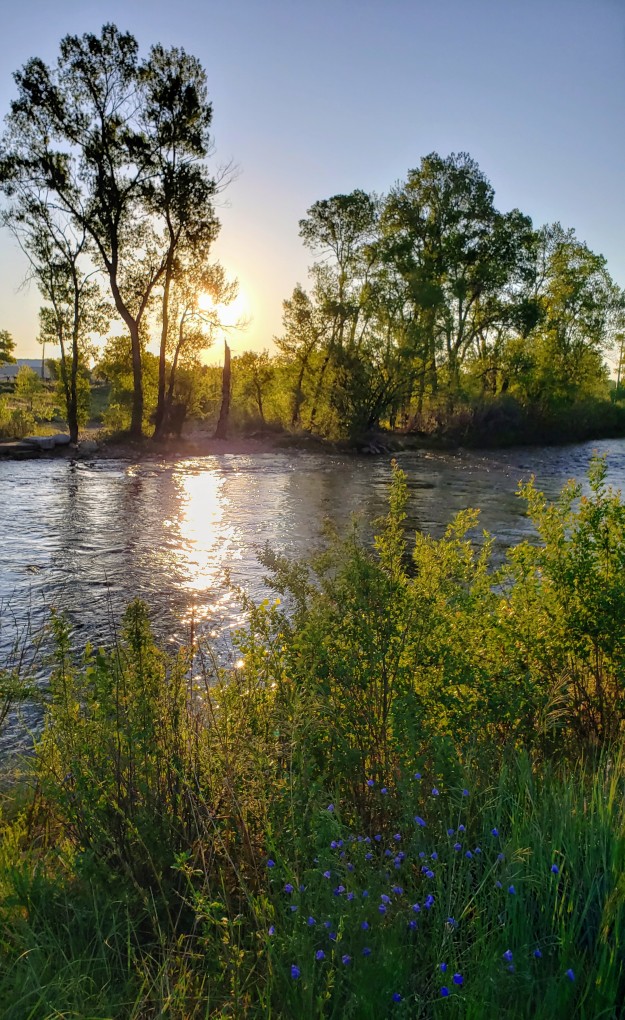 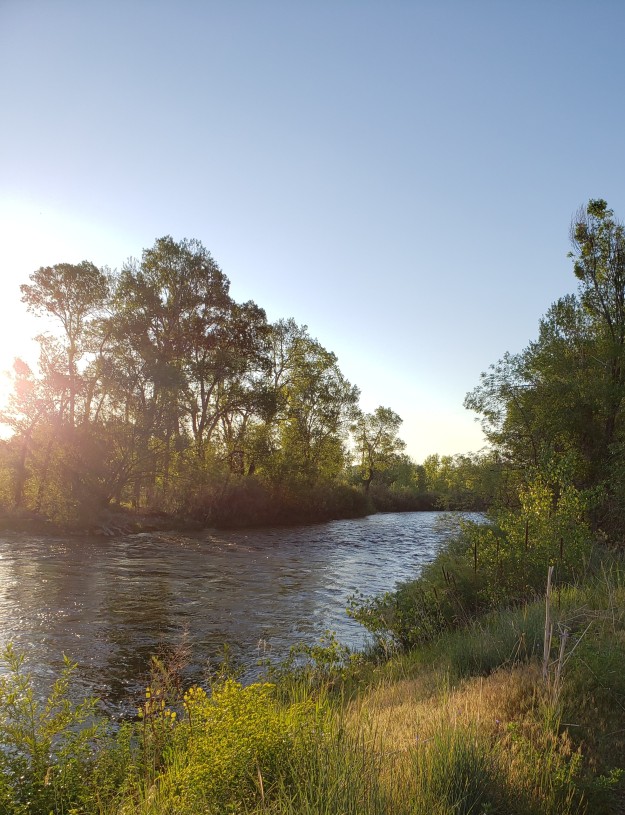 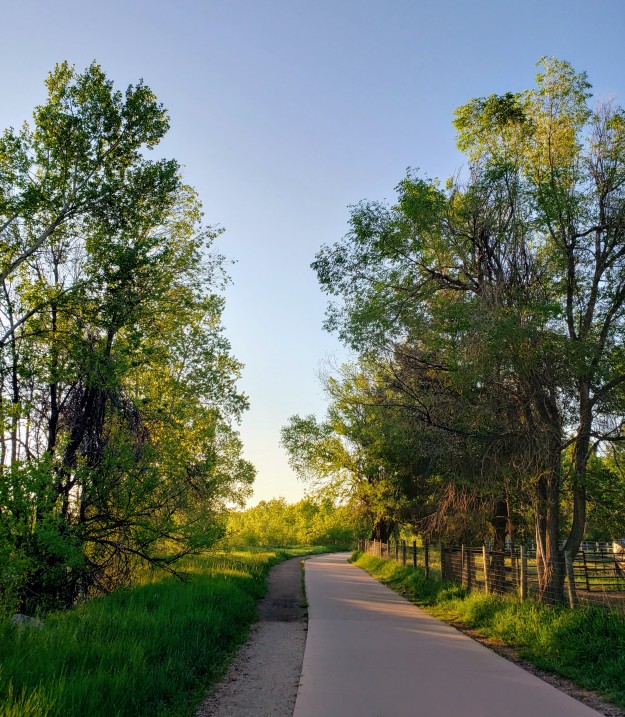 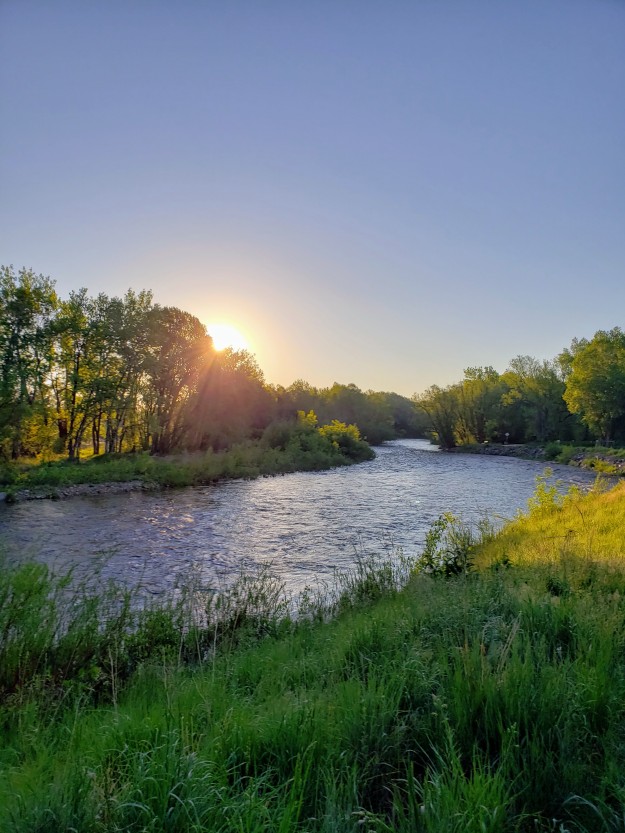 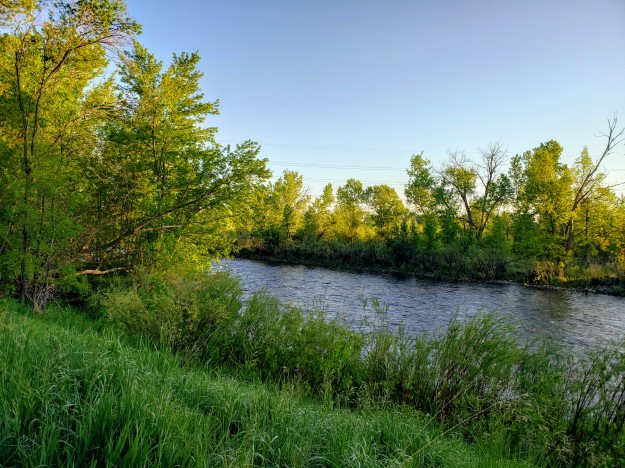 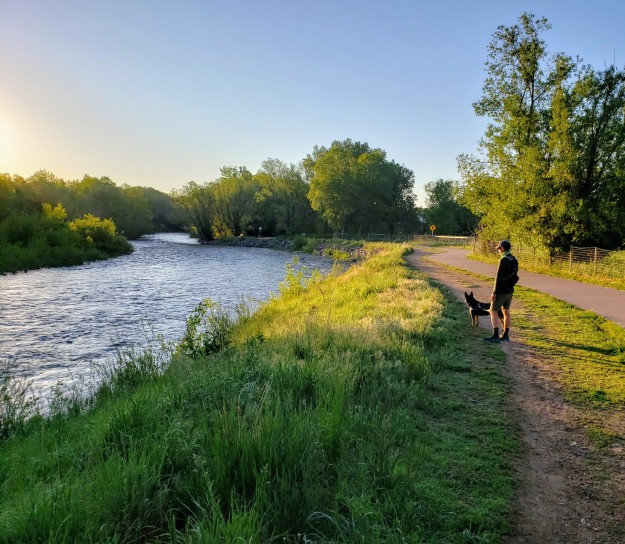 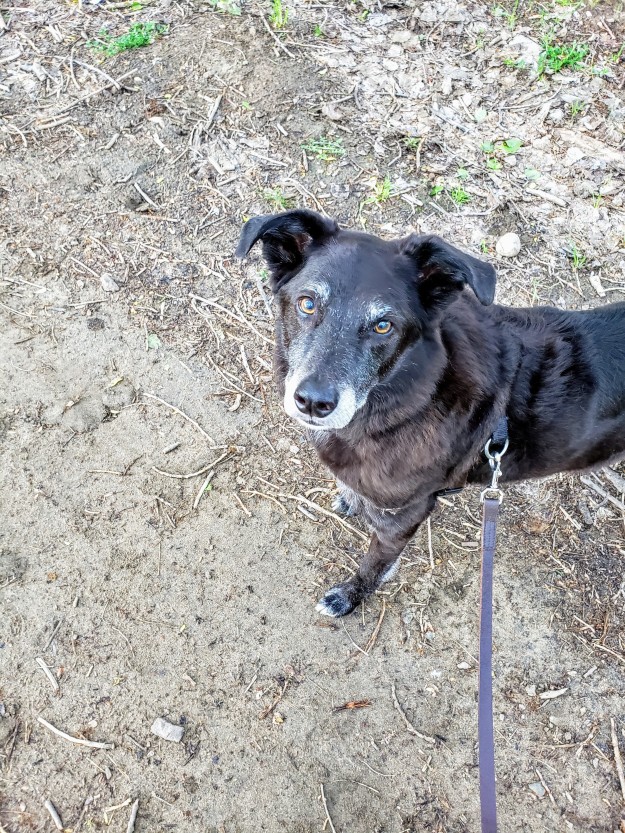 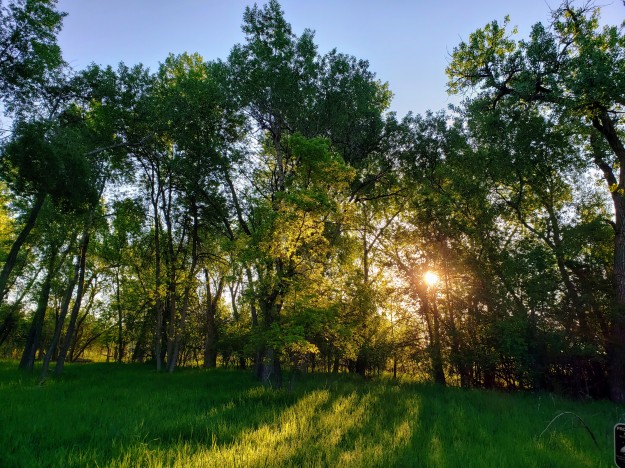 Bonus joy: strawberries from our garden, being able to text and tell people what was going on with Sam, that he had a really good last week, that he died unafraid and happy and so loved, all the various professionals who are kind and wise humans and helped us through this, flowers on my doorstep (twice), so much love sent our way, a husband who loves our dogs as much as me and is as sad as I am but also willing to do the right thing for them even when it is so hard, that Sam will never have to hide from the washing machine or run away from someone coughing or get a bath ever again, that all my pain means he has none, even the tears.

I don’t want to press publish on this. There’s something really final and true about telling you all that Sam is gone, posting this here, and I know that next week there will be no more new pictures or news of him. And yet, may we all know as much love as he did and when it’s time for us to go, may we go just as easy. 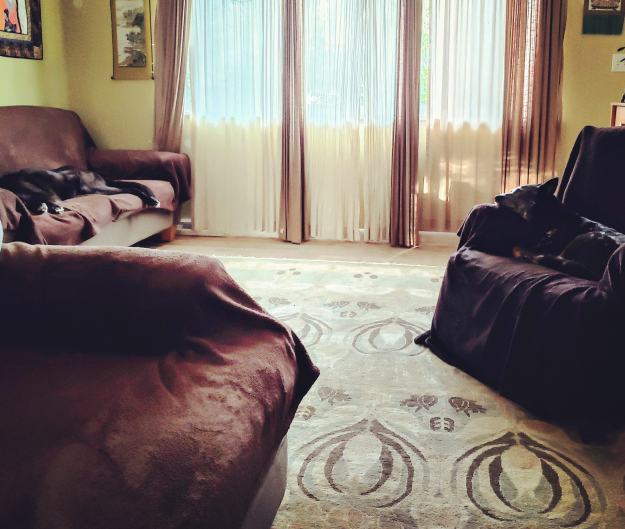 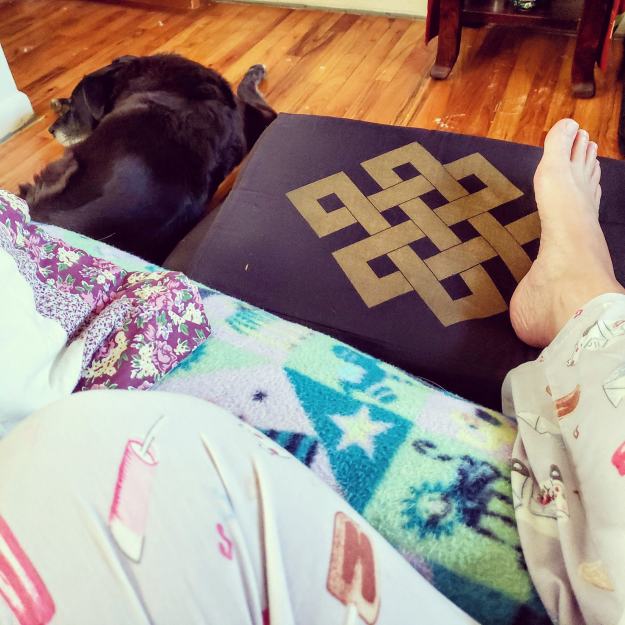 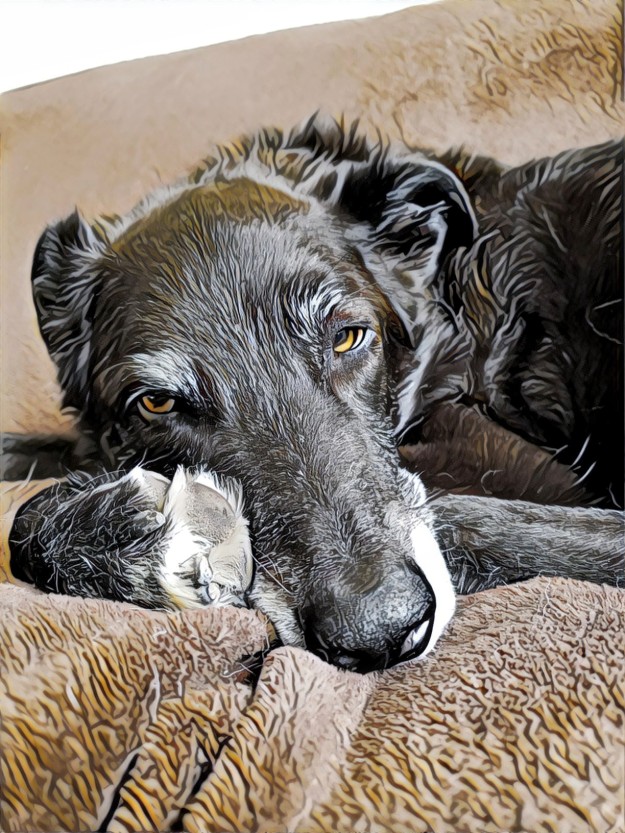